While Apple has been rumored for a number of years to have been working on a television set project, reports have become more scarce over the past year as interest in a potential smart watch has gained steam. According to a report from NPD DisplaySearch, the rumor trends are indeed a reflection of what is happening at Apple, with the company apparently putting the TV project "on hold again" as wearables such as the "iWatch" have taken priority.

According to sources in the TV supply chain, it appears that Apple’s long-rumored TV plans, which were far from concrete anyway, have been put on hold again, possibly to be replaced by a rollout of wearable devices. Although many financial and industry analysts have been speculating about Apple’s entrance into the TV business via an actual TV (instead of the Apple TV “hobby” set-top-box) for years, during the last year the rumor-mill has shifted into high gear about a 2014 introduction. Indeed, our own information from TV supply chain sources pointed to the fact that Apple appeared to be lining up resources for a product introduction in the second half of 2014, likely with 2-3 large screen sizes and 4K resolution.

The report is not specific about how DisplaySearch has arrived at its conclusion that Apple's TV project has been put on hold, but the firm closely watches the display supply chain and likely is not yet seeing any significant movement toward an Apple television.

Apple has reportedly been working on advancing its Apple TV set-top box, but Apple's efforts to revolutionize the television experience will require the company to reach agreements with content providers and cable companies, a process that has been underway for several years but yet to result in any significant progress.

Meanwhile, focus on Apple wearables has continued to pick up steam amid continuing rumors that the company is shooting for a late 2014 launch of an iWatch that would run "full iOS". Fueling speculation in recent days has been an announcement that Apple will build a major new manufacturing plant in Arizona to produce sapphire glass. While sapphire is currently used to protect the iPhone's rear camera and the Touch ID sensor of the iPhone 5s, the deal points to a major expansion of Apple's sapphire plans that could include scratch-resistant wearable devices or even full sapphire glass front panels for future iPhones.

Maybe it's a wearable tv they are designing... 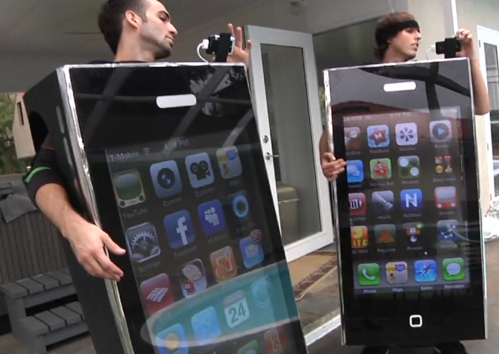 But seriously, I'd prefer a TV over an iWatch from Apple any day (iWatch TV anyone? Anyone?)
Score: 4 Votes (Like | Disagree)

hansonjohn590
AppleTV is the easiest market for Apple, release an SDK and let the developers do their magic. Yet they continuously shoot themselves in the foot. Even game consoles are integrating media powerhouses.

Abandon this ridiculous tv 'set' and focus on the box.

This watch better be damn good.
Score: 3 Votes (Like | Disagree)

Aluminum213
These stories are a joke at this point
Score: 3 Votes (Like | Disagree)

Please, we just want an A7 based Apple TV 4 with apps (even if more heavily curated than the App Store) and game controller support...

Certainly strategy must be more of what's holding this up than technology...


Same here. I don't care about the screen. Let me decide what to hook it up to. I just want a more capable ATV.
Score: 2 Votes (Like | Disagree)

Chupa Chupa
Makes sense as wearable are the "hot" and growing category here BUT I'd bet whatever Apple's TV plans are they are more delayed by its inability to cobble unique programming deals than anything else. TV is nothing w/o content. It's got to me more than just a TV screen w/ an Apple logo. That's kind of a losing horse out the gate as margins are tight there and even "high end" quality and "large screen" TVs are rather inexpensive.
Score: 2 Votes (Like | Disagree)
Read All Comments

Friday February 26, 2021 3:35 am PST by Tim Hardwick
Microsoft co-founder Bill Gates this week participated in his first meeting on Clubhouse, the increasingly popular invite-only conversation app, where he fielded a range of questions as part of an ongoing book tour. Gates was interviewed by journalist Andrew Ross Sorkin, and given that the Clubhouse app is currently only available on iOS, naturally one of the questions that came up was...
Read Full Article • 276 comments