Apple Seeds New 13A598 Build of Mavericks to AppleSeed Members

Apple has seeded a new release of OS X Mavericks to members of the AppleSeed beta testing program, a little more than two weeks after the release of the eighth Developer Preview. DP 8 had a version number of 13A584, while today's release is build 13A598.

Separately, 9to5Mac reports that this build may be a GM candidate, according to AppleSeed members, while other sources have said the final release build will be several versions newer. The OS was reportedly nearly ready for release a few weeks ago, but was pushed back because of "critical bugs".

Since being announced at WWDC, OS X Mavericks is said to have picked up a few minor unannounced features. Namely, the Messages and FaceTime applications have received the ability to block phone numbers and Apple IDs from sending the Mavericks user messages and/or FaceTime calls. This addition brings parity to iOS 7 and the two operating systems will sync in this manner.

street.cory
I saw "Mavericks" and "Available in the Mac App Store" and wet my panties.
Score: 9 Votes (Like | Disagree)

i couldn't have been less excited about a release of a new OS.
block calls? useful for a phone but to me, not so much in my computer.
tabbed finder? nice but don't need.
full screen dual monitor? don't have two monitors.
safari improvements? ditched that in favour of chrome a while ago.
maps app? lol no thank you.
i'll be keeping ML which works great.

"i'll be keeping ML which works great."
You liar.
Score: 6 Votes (Like | Disagree)

tywebb13
Maybe they are colours

Notice that the desktop picture for mavericks has various shades of green. 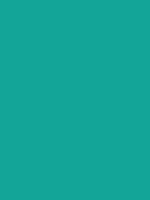 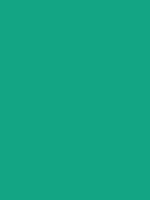 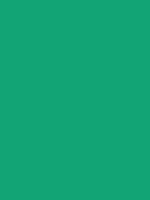 Sky Blue
weird that they're not seeding it to devs yet.
Score: 5 Votes (Like | Disagree)

I agree, but I love tabs in Finder, but use TotalFinder. But there are a countless "under-the-hood" improvements that I am looking forward to.


Snow Leopard was the best ever and still is.
Score: 4 Votes (Like | Disagree)
Read All Comments

Tuesday April 13, 2021 10:45 pm PDT by Juli Clover
The upcoming 2022 iPhone lineup will feature two 6.1-inch devices and two 6.7-inch devices, with no mini-sized 5.4-inch iPhone, well-respected Apple analyst Ming-Chi Kuo said in a note to investors that was seen by MacRumors. Two of the iPhones will be high-end models and two of the iPhones will be lower-end models, similar to the current iPhone 12 lineup. Apple introduced the 5.4-inch...
Read Full Article • 170 comments