Fitness tracker Strava has launched an update to its Strava Run iOS app today that takes advantage of the new M7 "motion coprocessor" in the iPhone 5s to deliver a number of new features, reports The Verge. Specifically, the app now includes an auto-pause feature in order to allow users to get better feedback in their fitness by pausing their runs when movement is stopped, and reduced battery consumption that only uses GPS functionality when needed. 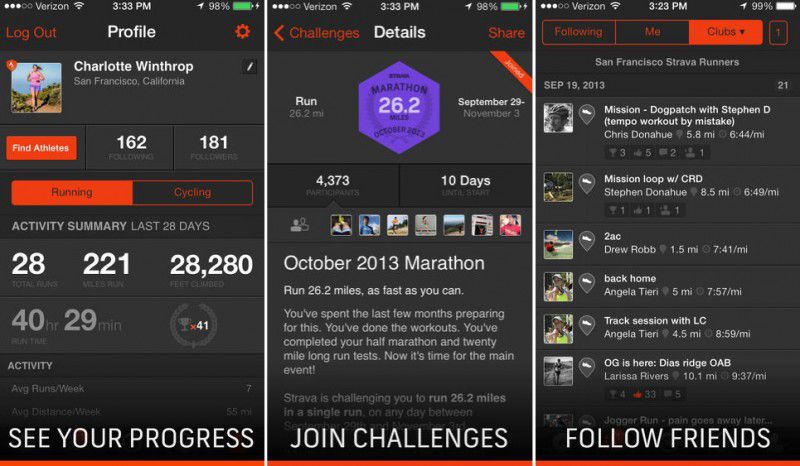 Originally announced at Apple’s September Event 2013, the M7 coprocessor was said to continuously measure motion data with the accelerometer, gyroscope, and compass inside the iPhone 5s.. Additionally, a report taking a closer look at Apple’s M7 co-processor revealed that the chip is actually an ARM Cortex-M3 part running at 180 MHz, allowing for low-power collection of motion data.

Nike+ Move, another fitness app, will also take advantage of the new M7 coprocessor in order to determine the different movements of a user for better accuracy, in addition to the Nike Fuel movement ratings that integrate into Game Center. Strava Run is a free app and can be downloaded through the App Store. [Direct Link]

I get that this is something Tim Cook likes a lot, and is really pushing, but honestly I don't find these sorts of exercise trackers very interesting, especially the ones that are "social". But whatever.


Not just Tim Cook. Activity trackers are big business now, and when implemented right they provide users with good motivational tools to improve fitness and diet. Whether they appeal or not, they are apparently helping a lot of people achieve healthier lifestyles.
Rating: 1 Votes
[ Read All Comments ]