More Details on How the Touch ID Fingerprint Sensor Works

The flagship feature of the iPhone 5s is the new Touch ID fingerprint sensor, and we're beginning to get a better idea of how it works. 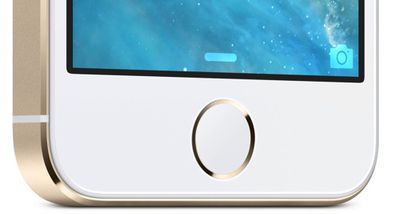 It appears Apple has designed Touch ID to be faster than entering a four-digit passcode, stating in its marketing materials that using Touch ID is "faster, easier, and even a little futuristic". It will allow users to store up to five fingerprints, allowing other trusted users access to a locked phone.

Put your finger on the Home button, and just like that your iPhone unlocks. It’s a convenient and highly secure way to access your phone. Your fingerprint can also approve purchases from iTunes Store, the App Store, and the iBooks Store, so you don’t have to enter your password. And Touch ID is capable of 360-degree readability. Which means no matter what its orientation — portrait, landscape, or anything in between — your iPhone reads your fingerprint and knows who you are.

Financial Times reporter Tim Bradshaw shared this video showing how the iPhone learns a fingerprint by scanning a finger a half-dozen times.


TechCrunch wrote that once a fingerprint was successfully learned, "it worked flawlessly to unlock the device for every subsequent trial."

Also, AllThingsD reports that third-party developers will not get access to the fingerprint authentication protocol, at least not initially.

The iPhone 5s and the lower-cost iPhone 5c -- which does not have Touch ID -- will be available in stores in the US, Australia, Canada, China, France, Germany, Japan, Singapore, and the UK starting on September 20.

Notably, there will be no preorders for the iPhone 5s.

If somebody chops off your finger, can they use it to unlock your iPhone?

If someone chops off your finger, I think you have a bigger problem than your phone.
Score: 41 Votes (Like | Disagree)


I already know my wife's code and she knows mine. Don't give your spouse a reason to be jealous and this won't be a issue.
Score: 23 Votes (Like | Disagree)

Gooberton
I for one love the sensor, I love the whole 5S, seems like people are haters on it. What did you expect? It's pretty darn cool!
Score: 23 Votes (Like | Disagree)

Yeah - why are implementing something so potentially risky? You mention you doubt it will ever happen - that's naive - it can and will happen in many places around the world. A finger is nothing! They mug people for kidneys everywhere - even places like Manchester, UK - they wouldn't even think twice about taking someone's finger.

Furthermore if they do implement it in cars, house doors, etc. - people are going to be getting their fingers stolen all over the place in all countries. This is crazy. I guess we'll just have to thank our lucky stars they're not implementing retina scanners.


Dear god as someone has all ready said, it detects temperature and plus, a severed finger or a print of your print is no use. stop panicking.

PS have you finished building your underground bomb shelter?
Score: 17 Votes (Like | Disagree)

bandalay
The image it reads is the subcutaneous 3-dimensional shape of your fingerprint's ridges. Your fingerprint alone does not have these features.

Oh Apple, why would you blunder so? Fingerprints are not passwords, let alone the perfect password. Touch ID -- identification -- yes, fantastic. Authentication? No. Everything you touch now has your "secret" password on it, and it bears mentioning that changing such a password is... difficult.