With the introduction of the iPhone 5s and iPhone 5c today, Apple has adjusted the various combinations of LTE band support for the upcoming hardware. Each of the new iPhones actually comes in four different models supporting different bands. 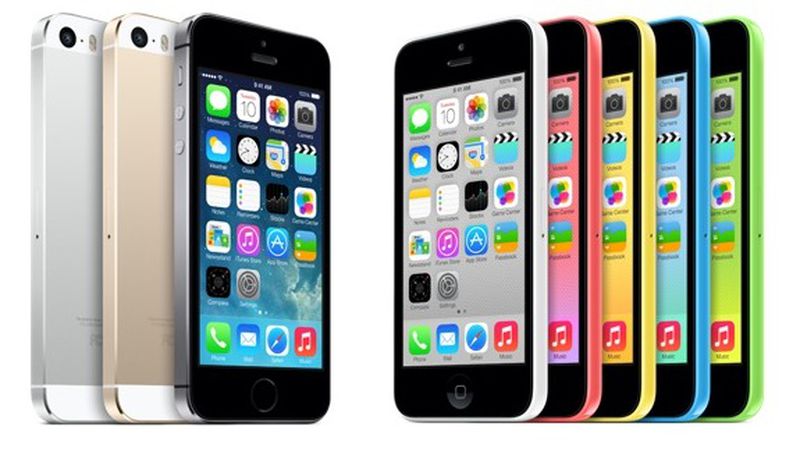 In the United States, a single model of each line supports both AT&T and Verizon, as well as T-Mobile, with support for Sprint coming in a separate model that is also compatible with KDDI and Softbank in Japan.

For the first time, China will be included in the first wave of launches for a new iPhone model, and the iPhone 5s and iPhone 5c are both offered in models that supported the TD-LTE standard used by China Mobile, the world's largest carrier. Apple and China Mobile have yet to announce a deal for the iPhone, though signs have pointed to a deal being in the works.

As noted by Unwired View, Apple's iPhone 5s may already have received regulatory certification for TD-LTE operation in China. According to reports, China's Ministry of Industry and Information Technology issued TD-LTE certification on four devices, but sources have indicated that a fifth approval, for the iPhone 5s, was kept secret by the agency.

Can anyone confirm that the new VZW version of the iPhone will support simultaneous LTE data and CDMA calling? As has been made clear previously, the iPhone is the only Verizon smartphone that can't do this, due to Apple's design - they didn't want two radios at the same time. Perhaps this new band tweaking will fix that.


I just went and looked up the SAR reports at the FCC. Not only did they not list CDMA and LTE (SVLTE) as a test combination, they actually wrote a letter about it (E2642A is the CDMA version):

As I understand it, the only way to have a CDMA(Verizon) voice call and and an LTE data session at the same time is to power up two radios simultaneously, which some other phones, like the razr maxx, do. This impacts battery life and requires other engineering compromises, which Apple has so far been unwilling to make.


They probably don't have room for another antenna, especially on the aluminum backed iPhone 5. Right now, the only all metal phone using its own case back as antennas is the HTC One.

This problem does not exist with AT&T on an iPhone because TDMA/GSM can have a phone and data channel open at the same time on the same radio/session.


Unlike Verizon, AT&T cannot do voice and LTE at the same time.

Currently, GSM phones drop back to UMTS-3G when you want to use voice and data simultaneously.
Rating: 2 Votes


Can we talk and surf with Verizon or not?

I was not planning to upgrade, but if someone can confirm then I will upgrade to 5S from 5.
Rating: 2 Votes

No - as long as Verizon continues to use CDMA for calls this will be a limit.


Well, not necessarily. If Apple changed the antenna design, it is possible that it could use LTE for data and CDMA for voice - this was an antenna limitation of the iPhone 5, IIRC.

Other Verizon phones don't have a problem doing just that...
Rating: 2 Votes

So will VZ be able to run data/voice simultaneous? Being the same model number as AT&T


No - as long as Verizon continues to use CDMA for calls this will be a limit.
Rating: 2 Votes

sierrajinx9
Hope this helps... The MOST current information on the iphone 5s

The VERIZON IPHONE 5S... Has all the necessary bands to work on 3G and 4G LTE ALL Carriers listed EXCEPT SPRINT

The AT&T and TMOBILE IPHONE 5s will work fully on ALL Carriers except Verizon (only 4G LTE Will work, no Voice) and Not at all with SPRINT

the SPRINT IPHONE 5S is compatible with itself and all Canadian Carriers but with MANY Restrictions...

Sprints new network is Partially compatible with other carriers but REFUSES To open its network
Rating: 1 Votes

Where did you find this info?


Go to the FCC Authorization Search page at:

It still has to be unlocked, but yes. That's not always as trivial as it seems.


If you buy the Verizon "version" it will be unlocked, period. It has to based on FCC requirements to operate on their LTE network. So, go to a VZW store and get one and pay full price. Unlocked....bingo!
Rating: 1 Votes

zero7
the list that apple is providing is very confusing and leaves so many questions unanswered!
best example: look at the 3rd (Europe) and 4th (Asia/Pacific) iPhone 5s options:

why don't they just sell A1530 in both regions?

There must be some other difference between the models. Maybe manufacturing the antenna design with more bands is more complicated and expensive (though I really doubt that), or maybe they want to limit specific Phones to specific geographical regions either to stop skalpers from buying iPhones for regions where they are more expensive or to simply make you buy a new phone when you move to a new country if it's in a different geographical region (to generate sales?)

I guess we will have to wait for users to actually try out putting a sim into the "wrong" iPhone model and test the LTE speeds
Rating: 1 Votes

As has been said, this is not a limit of verizon, but is rather a limit of the iPhone. My razr maxx has no problem talking and surfing at the same time on 4g.


Well, it depends who you want to blame. It most certainly is a limit of Verizon(CMDA), but other phones have done things to work around the limitation and Apple -to date- has not.

As I understand it, the only way to have a CDMA(Verizon) voice call and and an LTE data session at the same time is to power up two radios simultaneously, which some other phones, like the razr maxx, do. This impacts battery life and requires other engineering compromises, which Apple has so far been unwilling to make.
So, is it the fault of Verizon's CDMA network? Yes absolutely it is. If Verizon were to change to GSM, or were to enable voice over LTE, then the iPhone 5 and earlier iPhones could do both at the same time.
This problem does not exist with AT&T on an iPhone because TDMA/GSM can have a phone and data channel open at the same time on the same radio/session.
CDMA also creates other wonkiness with how call waiting/conference calls work as well, issues which do not occur with TDMA/GSM.

Is it also Apple's fault? Well yes, sort of, other phones can do it. Apple could design around the limitation by powering two radios at once, one for CDMA voice and one for data. In the past, they have said that it required engineering & design compromises that that are unwilling to make.

My guess is that at this point Apple is no more likely to engineer a kludge for this CDMA limitation than they are to support Adobe Flash.

I would love to be wrong on this, maybe Apple has given in, or maybe Verizon is getting it's act together on Voice over LTE.
Anyone know for sure?
Rating: 1 Votes
[ Read All Comments ]