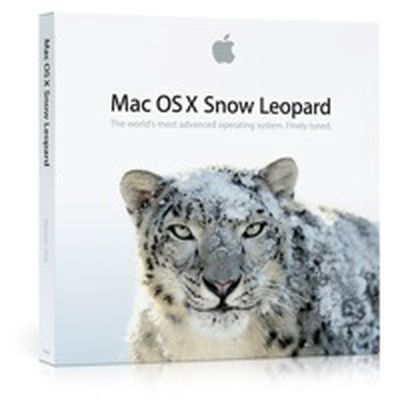 Mac gaming publisher Aspyr has announced on its blog that as of the launch of OS X Mavericks later this year it will begin phasing out support for running titles on Mac OS X 10.6 Snow Leopard, which includes future patches for existing games as well as any upcoming titles that the company plans to publish for Macs.

The company has also stated that older titles that receive updates or patches may stop working on systems running Snow Leopard altogether.

This means all future releases of Aspyr games, as well as any patches and updates for existing Aspyr games, will no longer be supported on Mac OS X 10.6 (Snow Leopard); in some instances, older titles that receive updates or patches may cease to work on OS X 10.6. To continue to play the latest Mac games, we recommend upgrading your computer or operating system to the latest version of OS X.

Aspyr also stated in the post that 8% of its existing audience is on Mac OS X 10.6, down from 16% in January. Recently, the company has published games such as Bioshock Infinite and Borderlands 2 on Apple’s platform. According to a report from yesterday, Apple is targeting a late October launch for OS X Mavericks.

Doubtful users who cannot even install Lion would have a good experience on a new game anyway. And I doubt Aspyr wants people playing their games at 8 fps, it's going to lead to bad reviews and dissatisfaction. With new versions of OS X now being priced at around $20, there is little reason for users with newer machines not upgrading. You can argue it's a problem, but people who have very old machines or are too cheap to upgrade to a more modern OS are probably a small percentage of users, and not the kind of users Aspyr is going to want.

While I, as a power user, would personally switch to Mountain Lion in almost every scenario I can envision, your assumptions that Snow Leopard is inherently inferior or faulty - or that every user who remains on Snow Leopard does so because they have no choice - are fallacious.

Snow Leopard is among the most stable and polished operating systems released to date and a user who chooses to remain with proven technology over new versions with dubious benefits could likely make a good case for their reasons for doing so.
Score: 22 Votes (Like | Disagree)

pgiguere1
Playing older (PowerPC) games and newer ones will now be mutually exclusive. I wish you could still install Rosetta, even if it was optional :(.
Score: 12 Votes (Like | Disagree)

roadbloc
This shunning of backwards compatibility is one of the many things that makes gaming on Macs and OS X lacklustre compared to Windows PCs.
Score: 11 Votes (Like | Disagree)

HiRez
Doubtful users who cannot even install Lion would have a good experience on a new game anyway. And I doubt Aspyr wants people playing their games at 8 fps, it's going to lead to bad reviews and dissatisfaction. With new versions of OS X now being priced at around $20, there is little reason for users with newer machines not upgrading. You can argue it's a problem, but people who have very old machines or are too cheap to upgrade to a more modern OS are probably a small percentage of users, and not the kind of users Aspyr is going to want.
Score: 7 Votes (Like | Disagree)

iSayuSay
Lol and they say Microsoft is suck on legacy software.

Who has bigger balls now :D
Score: 6 Votes (Like | Disagree)
Read All Comments