Shipments of New iPhone Models Begin Arriving in the U.S. Ahead of Next Week's Media Event

With Apple having issued invitations for its September 10 media event where it is expected to introduce its next-generation iPhone 5S and 5C models, MacRumors has learned from a reliable source that the company has already begun shipments of at least some of the new hardware into the United States.

As is not unheard of for the company, Apple is already beginning to stockpile units in the United States for quick distribution to carrier partners, other third-party retail partners, and its own channels. With the new iPhone hardware expected to be introduced at next Tuesday's media event, Apple's pattern with previous releases suggests that the new models would launch in the U.S. and other first wave countries about a week and a half later, with Friday, September 20 being the most likely date. 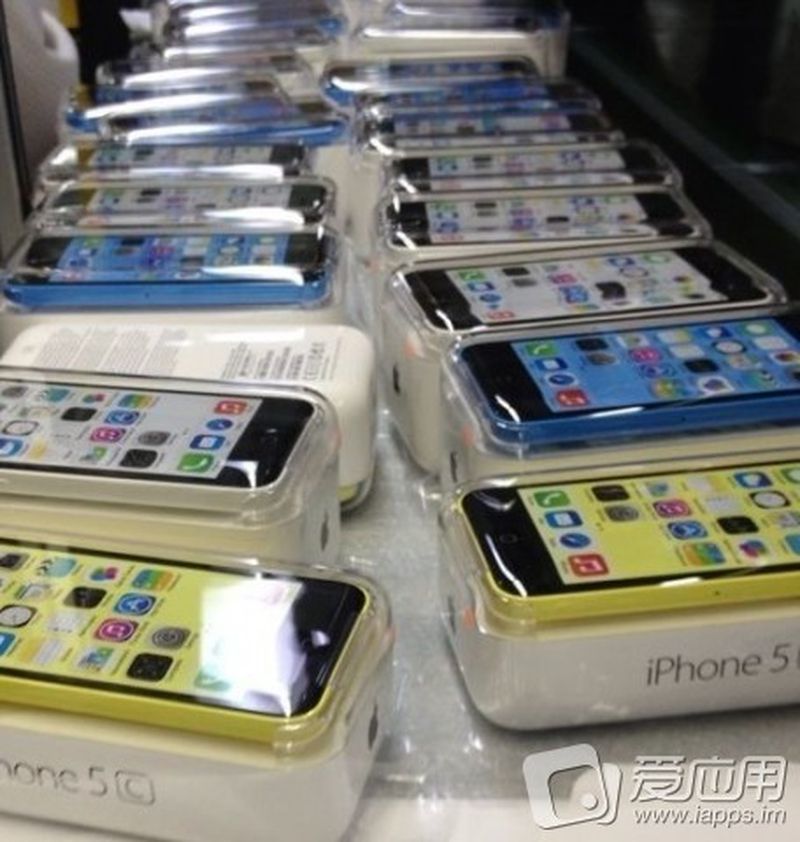 With the packaged iPhone 5C units showing up in a number of photographs over the past few days, it seems reasonable to believe that the device may indeed be ready for shipment ahead of next week's media event. Little to no specific evidence of iPhone 5S units being ready for shipment has been seen, and it is unclear whether that device is included in the U.S. shipments we are hearing about.

Mad Mac Maniac
Where are all the "No way Apple would ever release that plastic garbage!" people now?? :rolleyes:
Score: 32 Votes (Like | Disagree)

wow. nothing left up the imagination anymore. i was looking forward to some surprises at the keynote. i still check this site 200 times a day though :rolleyes:
Score: 28 Votes (Like | Disagree)

I'm glad to hear units are arriving already and all...

But that 5C packaging is hopefully fake, it all looks like cheap Chinese ripoff packaging.

Hakone
In the keynote:

ElTorro
It's evident that with Tim's doubling down on security, we are almost at the point where we will be able to track the shipment of the 5C units from all the way from Foxconn.
Score: 8 Votes (Like | Disagree)
Read All Comments

Friday March 27, 2020 11:28 am PDT by Juli Clover
The upcoming Apple Watch Series 6 set to be released this fall could include a Touch ID fingerprint sensor built into the crown of the device, according to Israeli site The Verifier, which cites "senior sources" who have worked with its staff for a "number of years" as the source of the rumor. It's not clear how the alleged Touch ID fingerprint sensor would be implemented, as the Digital...
Read Full Article • 98 comments