Following recent photos of Apple's alleged iPhone 5C shown in its packaging, as well as the quick-start guide, SIM eject tool and other paperwork to be included in the packaging, several more photos and a video have surfaced showing similar devices and packages.

The first video of an alleged fully assembled, powered on iPhone 5C has also surfaced on Chinese technology blog C Technology [Google Translate] (via Sim Only Radar). The 50-second video shows a red, plastic device running what appears to be Safari on iOS 7, with pinch-to-zoom capabilities as well as responsive scrolling. The shape and two-tone color of the phone are consistent with previous leaks, although the low-resolution video and lack of any views other than from the front make it difficult to assess whether it is indeed a legitimate iPhone 5C or another device wrapped in a colored bumper or shell.


Finally, C Technology has also posted a solo photo showing a green iPhone 5C in its packaging, in line with other photos from the past few days although without a sticker illustrating the iOS 7 home screen on a color-matched background.

(Thanks, Benjamin and David!) 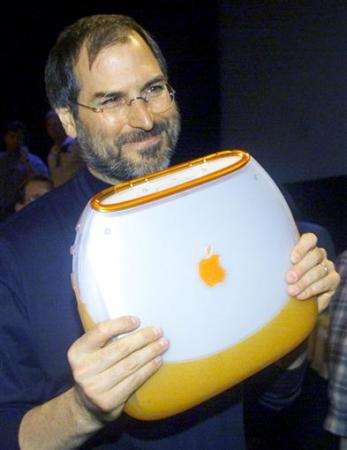 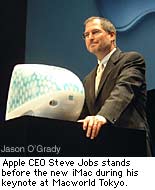 NutsNGum
I have a feeling that iOS 7 will be the one that makes me walk the plank.
Score: 30 Votes (Like | Disagree)

lewisd25
Pegatron has more leaks than the Titanic.
Score: 25 Votes (Like | Disagree)

I thought plastic was for cheap phones only


It is. Its targeting low income or those who had to buy a Samsung.

For everything else, iphone 5S
Score: 24 Votes (Like | Disagree)
Read All Comments

Monday March 8, 2021 2:25 am PST by Sami Fathi
Apple will hold its first event of the year on March 23, according to information provided by a reputable Chinese leaker (via DuanRui). Apple is expected to launch AirTags, new iPads, and possibly updated AirPods at a spring event, and leaker "Kang" believes that date will be March 23. Initial speculation pointed to an event happening on March 16; however, Bloomberg's Mark Gurman shot down...
Read Full Article • 150 comments

Monday March 8, 2021 10:01 am PST by Juli Clover
Apple today released iOS and iPadOS 14.4.1, minor security updates that comes more than a month after the release of the iOS 14.4 update. The iOS and iPadOS 14.4.1 updates can be downloaded for free and the software is available on all eligible devices over-the-air in the Settings app. To access the new software, go to Settings > General > Software Update. According to Apple's release...
Read Full Article • 51 comments

Sunday March 7, 2021 9:34 am PST by Joe Rossignol
In a research note shared with MacRumors, analyst Ming-Chi Kuo today predicted that Apple will release augmented reality "contact lenses" in the 2030s. Kuo said the lenses will bring electronics from the era of "visible computing" to "invisible computing." Mojo Vision smart contact lens Kuo said the lenses are "unlikely to have independent computing power and storage," suggesting that they...
Read Full Article • 203 comments