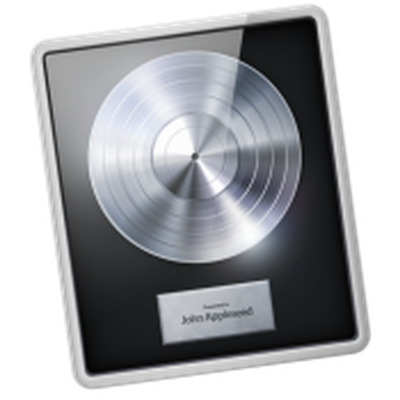 Apple has updated its Logic Pro X professional audio editing software with the second bug fix update since it was released back in July. This fix addresses undo commands, graphical issues with the Piano Roll Editor and more.

This update improves overall stability and performance issues including:

This release is recommended for all Logic Pro X customers.

Logic Pro X is available on the Mac App Store for $200. [Direct Link]

laflores
I hope this update fixes the "I suck at guitar" issue...
Score: 7 Votes (Like | Disagree)

Includes various stability and reliability improvements, including, but not limited to:

Logic Pro X should no longer quit unexpectedly when:
Resizing a movie window while in full screen mode.
Opening a Text Style window in the Score Editor.
While making adjustments in the EXS Editor.
Inserting notes in the Step Editor.
Going back a large number of steps in the Undo History.
Double-clicking the Drummer button in the Add New Track dialog.
Selecting all audio files in the Bin and then using the Copy/Convert command to relocate and convert them to another format.
Clicking an Apple Loop in the browser while another loop was playing back in the project.
Exporting a video with a cycle region active in the project.
Changing the Slope parameter in the Space Designer plug-in while using very long synthetic impulse responses.
Resolves an issue in which Logic Pro X might consume an unexpectedly large amount of CPU power while downloading content.
The Capture Last Take key command no longer erases a MIDI recording.
Performance

Improved CPU performance with audio plug-ins.
Fixes and issue in which changing the bypass state of a plug-in while Logic Pro was playing caused a CPU spike that might lead to an overload message.
Fixes an issue in which starting playback of the Ultrabeat sequencer could cause CPU spikes.
Using the Eraser tool to delete large numbers of notes in the Piano Roll no longer causes a long delay.
Improved CPU performance with MIDI plug-ins.
Fixes an issue in which playing notes into the Arpeggiator might lead to CPU overloads.
Includes various fixes to improve performance in Full Screen mode.
Compatibility

Fixes an issue in which changing patches on a track that was soloed would cause any other soloed track stacks to become un-soloed.
Arming and disarming the main track in a Track Stack now reliably affects all sub-tracks that are part of the same group.
Score

Changing the font for Numbers & Names and then subsequently changing the font for another Text style no longer causes the second edit to be incorrectly applied to the Numbers & Names style.
Note heads now display as expected in the Note Attributes window when using Sigler Jazz or Swing fonts.
The Score preference previously labeled Auto split notes in multi staff chord styles is now labeled Auto split notes in polyphonic staff styles.
Tablature for 5-string banjo now displays correctly.
The Staff Style window now behaves as expected when Link mode was disabled.
Resolves an issue in which the text header and footer in Score were incorrectly positioned when printing or saving to PDF.
Fixes an issue in which the window focus unexpectedly jumped to the wrong area when editing a Staff Style with Link mode on.
Resolves an issue in the Score Editor in which it was possible to sometimes inadvertently select multiple notes when clicking on one note.
Drummer

Fixes an issue in which the Fills and Swing knobs in the Drummer Editor were accessible in cases where no region was selected.
Double-clicking on a Drummer region now opens or closes the editor.
Patch merging now works with Drummer patches.
Drummer regions are now created properly in songs with a start position before 1 1 1 1.
Movies

The movie inspector now shows the correct move when two songs with movies are open at the same time.
Resolves an issue in which some supported movie files did not play in Logic Pro X.
Improves the chase behavior of movies when repositioning regions.
Movies containing a timecode track are now properly clipped to match an active cycle zone when exported from Logic Pro X.
User Interface

Resolves several issues in which Logic Pro X might display the wrong cursor.
The cursor now displays the correct tools when it is placed between transient markers while working in Flex Time mode within a Take folder.
Resolves an issue in which objects in the Environment window might snap much too far to the right when moved.
Increased window sizing flexibility when using Logic on portable computers.
Resolves an issue in which sliders in various preference windows had no effect until they were released.
Addresses a graphic issue in which the Piano Roll Editor could display an empty window.
Right-clicking in the Piano Roll now correctly brings up the Tool menu when the "Right Mouse Button: Opens Tool Menu" preference is set.
When a region color is changed, the color in the Step Editor now immediately updates as expected.
Resolves an issue in which the Playhead might not appear if an editor in the Main window is opened, closed, and then opened again.
Fixes an issue in which the Key Commands window might become inaccessible after entering and then leaving full screen mode.
Resolves an issue in which selecting a note in the Piano Roll might cause the visible area to jump to notes below the selected note.
The insert guideline now appears at the correct position when clicking with the Pencil tool when working with Flex Pitch in the Audio Editor.
The screen now redraws as expected when using the Select Next Event and Select Previous Event key commands in the Event List editor.
It is again possible to open plug-in windows while recording.
Fixes an issue in which AU plug-in names might incorrectly display as 4-character IDs in the mixer insert slot on systems running in Russian or Czech.
The LCD now properly displays minor song keys.
Fixes an issue in which it might not be possible to set the Mixer window to use all the vertical space on a display.
Resolves an issue in which the transparent overlay when dragging a region might not be visible in cases where the visible area is scrolled by dragging past the edge of the screen.
Fixes a screen redraw issue when the Edit > Move > To Selected Track command was used.
It is now easier to reveal the Toolbar by dragging down with the mouse cursor.
General

Apple Knowledge Navigator
By far and away, the best version of Logic Pro yet. At first I imagined it to only be a facelift (which I still would have been happy with), but the fact that it's been sped up and reworked under-the-hood is just the icing on the cake.

I hope this update fixes the "I suck at guitar" issue...


I looked in the release notes and it said you were holding it wrong
Score: 3 Votes (Like | Disagree)