The Wall Street Journal reports that Taiwanese manufacturer Hon Hai Precision Industry Co., better known as Foxconn, is ramping up its television production through an exclusive partnership deal with 7-Eleven, a convenience store chain. The move comes after a report earlier this year indicated that Foxconn was at least partially pushing its television production forward in anticipation of landing a deal with Apple for its own television set products. 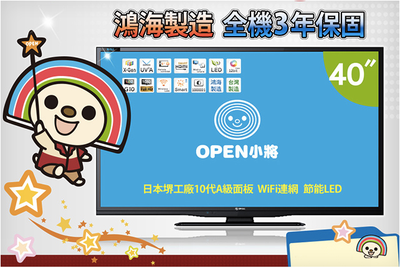 (Image courtesy of The Verge)
The move marks a shift in Foxconn's sales strategy towards OEM, or original equipment manufacturing, whereby the goods are purchased by another company and sold under their own brand name -- in this case, 7-Eleven. Previously, Foxconn manufactured under ODM, or original design manufacturing, whereby the products were designed and specified by another company (such as Apple).

The company has been manufacturing television sets since 2008 and has since acquired manufacturing facilities previously owned by the Sony Corporation. Last week, it was reported that Apple is currently in the development stages of manufacturing a television set, and is partnering with Foxconn, Corning, G-Tech Optoelectronics and Innolux. The "iTV" has been rumored for several years now, although there have yet to be any firm signs of the project moving toward a launch.

majordude
5000 7-Eleven stores in Japan? I didn't think Japan had that large of an Indian population.
Score: 2 Votes (Like | Disagree)

nagromme
This news item is almost as random as the picture!
Score: 2 Votes (Like | Disagree)

I'm surprised nobody has accused you of being racist yet!


is it considered racist if its true?
Score: 1 Votes (Like | Disagree)


I hear they're getting purple bubble wrap soon. Shh!
Score: 1 Votes (Like | Disagree)
Read All Comments