Apple is in the development stages of an long-rumored television, partnering with glassmaker Corning, G-Tech Optoelectronics, Foxconn, and display maker Innolux -- if a report from Taiwan's Economic Daily News is to be believed [Google Translate].

The paper has a spotty track record at best, but it seems plausible that Apple would be talking with potential suppliers for a television as it continues to work on the much-rumored project. EDN did report on Pegatron's and LG Display's involvement with the iPad mini months ahead of its public launch, suggesting it does have some good sourcing with suppliers. 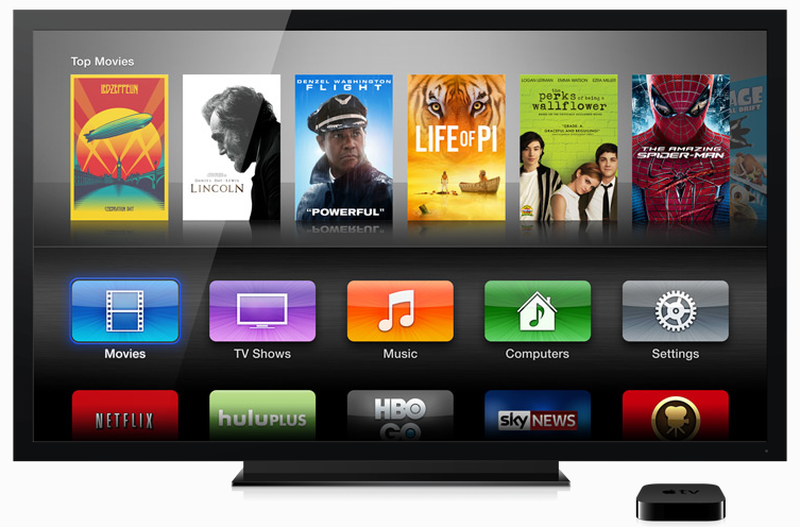 According to sources in the industry, Apple, Corning, Foxconn, and G-Tech Optoelectronics met two weeks ago in US to discuss the production of iTV. Foxconn is seeking for knowledge transfer of Gorilla Glass from Corning to GTOC, so GTOC can perform surface treatments needed for iTV manufacturing.

iTV is scheduled for release during the first half of 2014. 55" and 60" models will be released first, and will incorporate panels from Sakai City, Japan. Due to the weakening relationship between Foxconn and Sharp, Foxconn may eventually turn to Innolux to fulfill the large quantity of display panels needed for iTV orders.

In 2012, GTOC was rumored to be making new anti-reflective glass for the then-upcoming redesigned iMac. The Economic Daily News also quotes NPD DisplaySearch vice president David Hseih as saying the iTV with Corning glass would launch early next year in 55" and 60" models.

(Thanks to an anonymous tipster for the translation.)

hsilver
How does offering a choice of 55" and 60" size models make sense?
Rating: 5 Votes

Gubbz
On a minor point, they've done all this spotting, but they've failed to notice that Apple still can't call it the 'iTV', the UK television company, ITV (Independant Television) won't let them. I believe there was an original lawsuit and they once again reiterated that it was they're name when Steve Jobs was quoted saying he had cracked it and everyone was talking about iTV again.
Rating: 3 Votes

Klae17
What good names are there besides iTV, since that is taken? Since we will always be waiting for it to be released: iMComing. Plus we all know what will be airplayed to the big screen.
Rating: 3 Votes

So says the rumor. Innocent question: why would Gorilla Glass be needed for a TV?


In case the Wii(U) makes a comeback?
Rating: 2 Votes


So says the rumor. Innocent question: why would Gorilla Glass be needed for a TV?

I can't help but wonder what kind of advantage Apple would have in providing the total package.

Low-margins and strong competition makes for a crappy industry to enter late in the game.


They'd have to significantly exceed the standard that's out there now. Possibly jump to the 4K HD display in addition to whatever else they've got going on under the hood? Force the (consumer-grade) technology to catch up to them?
Rating: 2 Votes

Otis Bagotis
I can't help but wonder what kind of advantage Apple would have in providing the total package.

Low-margins and strong competition makes for a crappy industry to enter late in the game.
Rating: 2 Votes

Not at the bit-rate iTunes would stream it at! :p

But seriously, to make 4K TV take off you need lots of content, just like there was with HDTV. Over a fairly short period of time the broadcast networks converted all their scripted programming, all their sports, and eventually all the news, soaps, talk shows, etc.


While the overall point is correct, the part I highlighted by bolding is not true. The HD standards reached approval way back in 1986. I don't think we had broad HD adoption on all 4 networks until about 2004 or so: 18 years later. The networks affiliates were basically forced into the change with many waiting as long as they could without losing the free channel of spectrum they were given for making the transition. They hoped their broadcast equipment costs would come down. Some thought they could apply for extensions forever. Some cried that the costs would bankrupt them. Both Satt & Cable also threw up lots of resistance and they had a somewhat easier path to adopting it. Ultimately, the Gov had to give away rebates on converter boxes as part of a final push (and still there's some channels that are not HD yet). And on and on. I would describe the transition as painfully slow with a lot of kicking & screaming resistance.

Someone correct me if I'm wrong, but I don't even think a broadcast 4K standard has been established yet, so we're not even to the 1986 equivalent on 4K yet. I can only imagine the backlash and pain if the Gov decided to push for another mandated shift encouraging 4K this soon after the last one.

Will we get to 4K via broadcast? Maybe-to-probably. But if I was placing bets, I'd bet on about 2025 or later (and that might be aggressive considering the approx. 18 years involved in the last one). Just like with HD, the TVs did come first on the national stage. A few local broadcast affiliates went early (I think a few- like one in Raleigh, NC- were broadcasting in the late 90's). It then took a long time for everyone's locals to adopt HD (and has everyone's locals adopted HD even in mid-2013?).

4K probably needs another round of discs for broad distribution of content. I don't know if iTunes and bandwidth could stream it. Maybe h.265 finalization would help with the latter? There's also the "can I see the difference question" which was probably easy going from SD to HD on living-room-sized televisions. Going from 1080p to 4K on television-sized screens may be much more of a challenge, especially for smaller screens around the house. Again, I'd bet on 2025 or later... at best.
Rating: 1 Votes

So says the rumor. Innocent question: why would Gorilla Glass be needed for a TV?


My Bravia has Gorilla Glass and I have no idea why! I guess if you throw a Wii remote at it it won't smash.
Rating: 1 Votes

I can't help but wonder what kind of advantage Apple would have in providing the total package.

Low-margins and strong competition makes for a crappy industry to enter late in the game.


You know you sound like the people that were talking about the rumored iPhone and used the exact same questions/arguments on why Apple would even bother.

Not ragging on you or anything but the same questions were asked about the iPhone.

Apple has shown they can change the experience of a segment. I'm sure they'll do the same with the TV.
Rating: 1 Votes
[ Read All Comments ]