Following a video from earlier this week that appeared to show a partially assembled device, Sonny Dickson shares new alleged high resolution photos of the low-cost iPhone, potentially named the iPhone 5C. A prominent poster on Chinese microblogging site Sina Weibo, C Technology, also claims (via phoneArena) the low-cost iPhone in China will be priced at 3000 yuan off contract, which is equivalent to $490 and in line with current pricing on the iPhone 4. 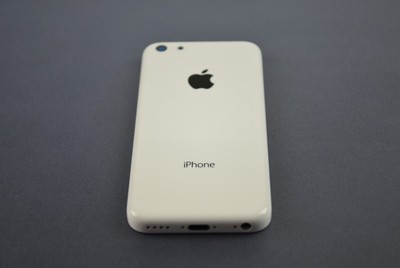 The photos show the shell from various angles, including views from the back and side of the device, as well as the shell's interior which includes a set of metal linings and screw holes. The images also appear to be consistent with previous alleged sightings of the device, with notable features such as an 8-megapixel camera, Lightning connector, speakers and flash for the phone.

The part appears to be nearly identical to previously seen in high-quality photos and a video last month, with pin holes instead of full cut-outs for a number of physical features like power/volume buttons and the SIM card slot.

Like other sightings of the device, the phone in these photos does not appear to have the required legal information and certifications on its lower body, making it unclear as to whether this is a final version or a prototype, although such information is generally printed on the devices at different stages of production.

According to the most recent report, Apple is expected to launch the low-cost iPhone in early September, alongside the upcoming the iPhone 5S.

Double down my ass.


This is my thought as well. Something along these lines:

The slight price overlap makes you decide what is more important, more storage or a better phone, which is very Apple like. :cool:
Score: 14 Votes (Like | Disagree)

We have been patiently waiting for over nine months for a new product release from Apple. How proud they must be to give us last years model in cheap plastic. Apple is amazing.
Score: 13 Votes (Like | Disagree)

Four oF NINE
How many times are we going to see this same plastic phone story?
Score: 9 Votes (Like | Disagree)

Chrjy
More expensive than I thought it would be.
Score: 8 Votes (Like | Disagree)

maflynn
It depends on what's inside. So far I'm liking what I see externally but it all depends on screen quality and cpu/gpu performance.
Score: 8 Votes (Like | Disagree)

Do we know if this will have the same specs as the 5S?


are you high?
Score: 7 Votes (Like | Disagree)
Read All Comments

Friday June 18, 2021 9:41 am PDT by Sami Fathi
After a long wait, YouTube for iOS is officially gaining picture-in-picture support, allowing all users, non-premium and premium subscribers, to close the YouTube app and continue watching their video in a small pop-up window. In a statement to MacRumors, YouTube says that picture-in-picture is currently rolling out to all premium subscribers on iOS and that a larger rollout to all US iOS...
Read Full Article • 160 comments