As noted by Engadget, music streaming service Spotify has announced "Browse", a playlist curation and recommendation feature that will begin rolling out to users of its iOS and Android today. Browse utilizes a new user interface within the existing app, with the playlists selected by Spotify staffers and set to accompany different moods and moments. The feature also allows for users to integrate songs from top lists and new releases and integrate them into the curated playlists as well. 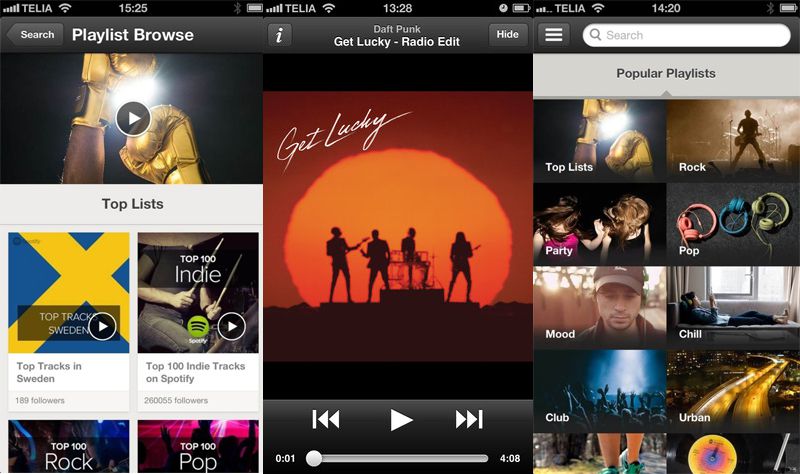 Going for a jog or to the gym? We've got the playlist to help you go the extra mile. Hosting a dinner or getting ready for a big night out? We've got you covered. We even have playlists for different moods, so regardless of whether you need an upbeat boost or something more relaxing to wind down to - we've got just the thing. You can also browse through a collection of our top lists and check out new releases.Rolling out to all mobile users from today, Spotify's new Browse page offers carefully chosen playlists for every moment of your day, handpicked by our experts. With an easy-to-view interface, features include:

- Music for every moment: We've got just the right tunes for your morning commute, the party tonight, and the hangover tomorrow.
- Music for every mood: More than just genres, listen to a playlist for romance or a collection of face melting guitarists.
- Browse for what's hot and what's new: Find all the latest album and single releases from your
favourite (or soon-to-be favourite) artists, and a collection of our top lists.

Spotify originally launched on the iPhone in September 2009 for a handful of European countries where the service was offered, with a U.S. launch following in July 2011. An iPad version of Spotify launched in May 2012 as the service's iOS app went universal, and the app holds a four and a half star rating across all versions, with over 228,000 reviews in the App Store. The iOS version also offers a 48-hour free trial of Spotify Premium, as well as free radio streaming for U.S. users.

Spotify can be downloaded from the App Store for free. [Direct Link]

bushido
Why those idiots got rid of "whats new" ill never understand. Dont care much for the "discovery" feature.
Rating: 1 Votes
[ Read All Comments ]