The first trailer for Ashton Kutcher's 'Jobs' was released earlier today, giving the wider public its first glimpse at the movie after it premiered at the Sundance Film Festival to mixed reviews earlier this year.

The film was originally scheduled for release in April, but will now receive a widespread release on August 16, 2013. A minute-long clip was released back in January but the trailer showcases a number of scenes from the film.


"Jobs", which stars Ashton Kutcher as Steve Jobs and Josh Gad as Steve Wozniak, is one of several Jobs-related films in the works or already released. Back in April, rumor site Funny or Die released a rather poorly received "iSteve" comedy film starring Justin Long, who had played the "Mac" character in Apple's long-running "Mac vs. PC" ad campaign.

A third film is being written by Aaron Sorkin and is the official adaptation of Jobs' authorized biography by Walter Isaacson. The film, which is still in the early stages of development, is planned to encompass three 30-minute scenes showing Jobs backstage just prior to the launches of the original Mac, NeXT, and the iPod.

TheRainKing
The trailer looks better than that clip that was released a few months ago.
Score: 67 Votes (Like | Disagree)

lolkthxbai
Yes! I hope this trailer is indicative of how the movie really is! I loved the trailer!!
Score: 41 Votes (Like | Disagree) 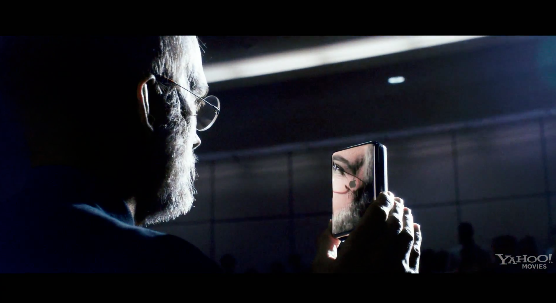 verniesgarden
I like the look and everything, but his voice pulls me out of it.

that being said, I will still go see it.
Score: 24 Votes (Like | Disagree)

Tuesday March 2, 2021 5:20 pm PST by Joe Rossignol
Installing the upcoming macOS 11.3 software update on an M1 Mac may result in Rosetta 2 being removed in one or more regions around the world. In the third beta of macOS 11.3 seeded to developers for testing today, MacRumors contributor Steve Moser uncovered new strings in the beta's code indicating that "Rosetta will be removed upon installing this update." Another new string reads "Rosetta ...
Read Full Article • 347 comments