While many had expected Apple to follow last year's pattern and release a developer preview of OS X 10.9 early this year ahead of a summer public launch, the company has so far remained essentially silent about its plans for its next-generation Mac operating system. That silence does not, however, mean that Apple has not been working hard on the project since it first started showing up in web logs last fall.

As spotted by an AppleInsider reader, circumstantial evidence of Apple's work showed up in a WebKit bug report early last month revealing that version of OS X 10.9 in testing was Build 13A451. According to Apple's build number scheme, "13" refers to OS X 10.9, "A" refers to the 10.9.0 version, and "451" is part of a sequential numbering of compiled builds.

Apple Senior Vice President Craig Federighi introducing OS X Mountain Lion at WWDC 2012
AppleInsider speculates that the relatively advanced "451" build number as of early May could indicate that Apple would be able to deliver a fairly mature version of OS X 10.9 to developers at its Worldwide Developers Conference next week, although there is no formal evidence for such a claim.

OS X Mountain Lion's initial developer preview arrived as Build 12A128p in February 2012, with Apple releasing several additional builds to developers before releasing it to the public as Build 12A269 in July of that year. OS X Lion apparently spent a longer time in overall development but a similar amount of time in developer testing, beginning developer seeding with Build 11A390 in February 2011 before being launched to the public as Build 11A511 roughly five months later.

Apple had indicated when it launched its first developer preview of OS X Mountain Lion last year that it was shifting to a more rapid yearly development cycle for OS X in order to bring more features to consumers more quickly. But with Apple yet to have begun seeding developers with versions of OS X 10.9 and the company reportedly having pulled engineers from OS X to work on iOS 7, there have been some questions about how closely Apple will be able to stick to its yearly release plan.

Mad Mac Maniac
Wait... so they've been working on OS X 10.9 this ENTIRE TIME?! I thought they just looked at their watches, said "Crap WWDC is in like 3 weeks!!", and then threw some code together.... :rolleyes:
Score: 37 Votes (Like | Disagree)

Chaszmyr
I'm really not even looking forward to this at all. OSX announcements used to be exciting, but newer features like Launchpad and Mission Control do not add anything to my experience whatsoever. Even the under the hood improvements rarely seem particularly interesting anymore. I still get every new version, but that's mostly because I feel forced to for compatibility reasons.

Honestly, without a fundamental change to the way the computer works (something one might expect in an OSXI, not an 10.9), I don't even know what features I would like them to add anymore.
Score: 22 Votes (Like | Disagree) 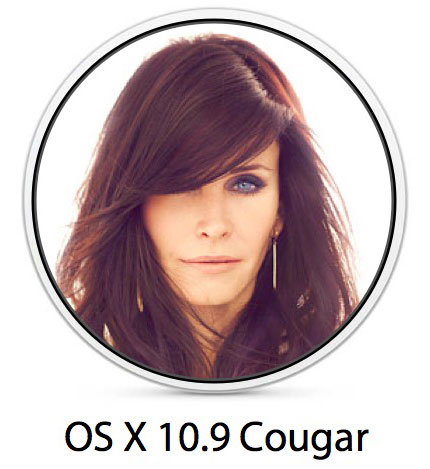 Release it at WWDC. Screw the developers!

I'm really not even looking forward to this at all. OSX announcements used to be exciting, but newer features like Launchpad and Mission Control do not add anything to my experience whatsoever. Even the under the hood improvements rarely seem particularly interesting anymore. I still get every new version, but that's mostly because I feel forced to for compatibility reasons.

Honestly, without a fundamental change to the way the computer works (something one might expect in an OSXI, not an 10.9), I don't even know what features I would like them to add anymore.


Personally, I consider full-screen apps and Mission Control to be a huge difference in the way my computer works. Just because you don't use these features doesn't mean lots of others don't. For me, it's completely changed the way I use OS X.
Score: 20 Votes (Like | Disagree)

Be prepared to be amazed with over 200+ new features, again


Only 1 of which you'll ever actually use.
Score: 18 Votes (Like | Disagree)
Read All Comments

Friday April 9, 2021 2:22 am PDT by Tim Hardwick
It's no secret that Apple sees iMessage as a big enough selling point to keep the service exclusive to Apple devices, however new court filings submitted by Epic Games in its ongoing lawsuit with the company reveal just how Apple executives have rationalized their decision not to develop a version of iMessage for Android. Apple clearly recognizes the power that iMessage has to keep users...
Read Full Article • 346 comments

Friday April 9, 2021 4:58 am PDT by Sami Fathi
According to market data compiled by Counterpoint Research, Apple's smallest iPhone since the 2016 iPhone SE, the iPhone 12 mini, struggled to obtain a spot in the top five list of best-selling smartphones in January of this year. According to the market data, the iPhone 12 mini came in eighth place for the best-selling smartphone worldwide in the first month of the year. However, the iPhone ...
Read Full Article • 263 comments

Saturday April 10, 2021 6:00 am PDT by MacRumors Staff
Apple's AirTags may still be nowhere to be seen nearly two years after signs of them were first discovered, but Apple this week launched its Find My network accessory program that will let third-party devices integrate with the Find My app on Apple's platforms to make it easy to keep track of your items. This week also saw fresh rumors about the upcoming "iPhone 13" and new iMacs, while...
Read Full Article • 36 comments