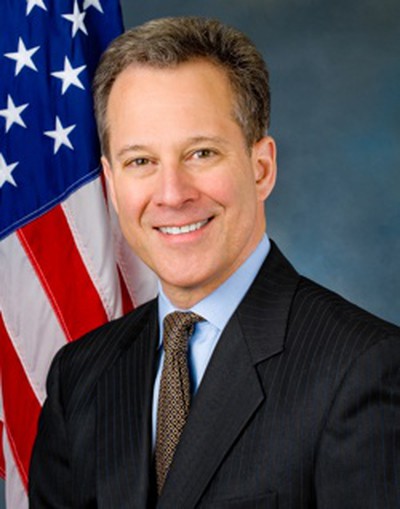 With the theft of Apple products on the rise, New York Attorney General Eric Schneiderman has called for a summit with representatives from the four major smartphone manufacturers, reports the Huffington Post.

Next week, Schneiderman plans to meet with officials from Apple, Google, Samsung, and Microsoft, where he will present questions on the actions that the companies plan to take to combat device theft.

Schneiderman, along with San Francisco district attorney George Gascón, will question Apple, Google, Samsung and Microsoft officials in New York about why they have not yet developed technology that renders stolen mobile devices inoperable, eliminating the incentive for theft.

"The theft of handheld devices is the fastest-growing street crime, and increasingly, incidents are turning violent," Schneiderman said in a statement Wednesday. "It's time for manufacturers to be as innovative in solving this problem as they have been in designing devices that have reshaped how we live."

Both Schneiderman and San Francisco DA George Gascón have spearheaded efforts to cut down on device crime. Gascón has promoted the idea of a "kill switch" in Apple devices that could be used to permanently disable them in the event of a theft and Schneiderman has followed in his footsteps, sending out inquiry letters on device theft to smartphone manufacturers last month.

While all four major U.S. carriers implemented a shared database to track stolen mobile phones last year, it has proven to be largely ineffective at cutting down on device thefts.

unplugme71
This should be controlled by the carriers, not manufacturers. Here's 3 reasons why.

1) Carriers can control this for all existing phones. Manufacturers can't.

2) Unless hardware allows for emergency calls, this will be an issue if a phone is accidentally marked as stolen. Carriers still allow emergency calls to be made even if a device is blocked.

3) Manufacturers don't always keep a record of the current customer of that device. If I sell my phone, my carrier knows I no longer use it and someone else does.

sputnikv
i hate how the tone of this suggests that it's apple's, google's and other phone manufacturer's responsibility to deal with theft. you can build safeguards in, but to pass the blame or even suggest that they're at fault is ludicrous
Score: 8 Votes (Like | Disagree)

AppleMark
Schneiderman calls for summit to end phone crime? Has he invited Batman, Spiderman and Superman to the meeting?

[Apologies in advance - could not resist and having an immature moment]
Score: 7 Votes (Like | Disagree)

Four oF NINE
What can realistically be done by the manufacturers?
Score: 6 Votes (Like | Disagree)

freelancing
how about a kill switch for the thieves

Seriously? How about a kill switch for jewelry? No other manufacturer is held to this type of standard. I think the free market should call for this for each manufacturer to handle this in its own clever way. Apple has been researching this for some time.

A permanent kill switch could accidentally be triggered or implemented, so I don't think this is the best way to handle it. Biometrics are probably the best way to do this... require a thumb scan each time the phone is turned on or perhaps after an hour of non-use. Thieves won't be able to access data. Then a way to report your IEMI # to authorities so that any calls (except 911) would be rejected at the tower, yet traced. Thieves will always come up with another way to defeat any system, but a biometric scan would be a tough one to beat.

The thieves will just be in the parts business instead of the whole phone business.

What we need is a kill switch that lets you electronically electrocute the person who stole your stuff. Less thieves = less theft. Just sayin'
Score: 5 Votes (Like | Disagree)

Why would a kill switch stop thieves that are just going to reprogram the phones anyway. I mean it doesn't blow up the phone or anything.
Score: 5 Votes (Like | Disagree)
Read All Comments