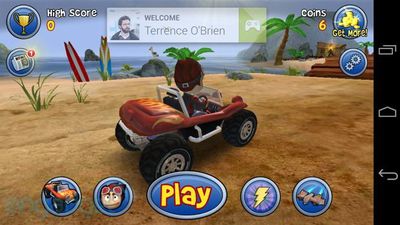 Unlike Apple's Game Center application, what Google's offering is backend support for developers rather than a standalone application. Think of it more like OpenFeint than Game Center – you can sign in using your Google+ login in-game, and that login will track your identity (including leaderboard scores, achievements and saves) across various games and devices.

Several Android games have been updated with the new gaming service, including Osmos, Kingdom Rush, and Super Stickman Golf 2. The service and the SDK are launching today, with the following features:

- Achievements that increase engagement and promote different styles of play.
- Social and public leaderboards that seamlessly use Google+ circles to track high scores across friends and across the world.
- Cloud saves that provide a simple and streamlined storage API to store game saves and settings. Now players never have to replay Level 1 again.
- Real-time multiplayer for easy addition of cooperative or competitive game play on Android devices.

Google's Game Services comes several years after the introduction of Apple's Game Center. Game Center was originally introduced in 2010 and underwent a major overhaul in late 2011.

Variant
This is pretty cool. 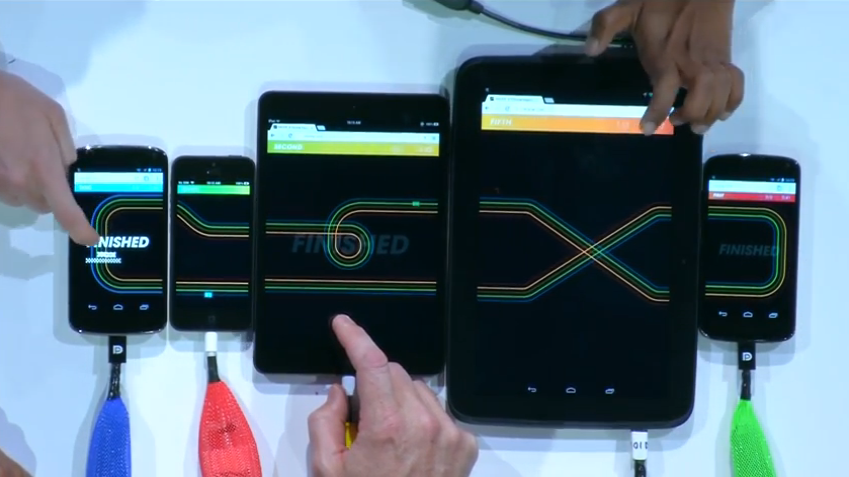 Lol we've had Game Center since like 3 years now


3 years of no one using it. Most run away after seeing the hideous, annoying, repeated sign in prompts from Game Center. Execution matters.
Score: 9 Votes (Like | Disagree)

nwcs
I guess what I read a few days ago really is right. Google is basically building its own platform atop the iOS platform. It's an ingenious strategy for them. I'll be curious to see how Apple responds, or if they even bother. It may not be a "threat" in the conventional sense since Google is slowly removing barriers for people between Android and Apple. Makes it easier to stay with Apple for some or move to Apple for some. Of course, the other way becomes easier, too.

And Google's strategy for competing with Facebook is becoming more clear, too. Using their already existing platform they can provide more interesting and timely connections with people that extend far beyond photo sharing and status updates.

It's all moot to me, though, since I don't need or desire those services. But I'm sure for many people it's a significant benefit.
Score: 9 Votes (Like | Disagree)

I guess what I read a few days ago really is right. Google is basically building its own platform atop the iOS platform. It's an ingenious strategy for them.

This was pretty much exactly what everyone thought Google was planning in 2008. It was Android that was the surprise.

You're right, I've been seeing more people write about it recently, but I'm a bit confused as to why 5-year old news is suddenly getting all of these articles. I guess it's because more apps are coming out now, but Google has always made a ton of money off of iOS. Even more than from Android by many people's guesstimates.

You're right that it's smart, but it's not news.

Again Google copying everything from others. Pathetic. But that is Google - spyware Xerox machine.

It's not like this is an incredibly obvious idea that every company is eventually going to make for themselves, right?
Score: 5 Votes (Like | Disagree)
Read All Comments