Monday April 15, 2013 5:26 pm PDT by Juli Clover
Apple has notified its retail stores, authorized resellers, and AppleCare employees about WiFi issues being experienced by a small portion of its third generation Apple TVs, reports 9to5Mac. The units are having issues locating and joining WiFi networks and maintaining a connection.

Apple has determined that a very small number of Apple TV (3rd generation) products might experience one of these Wi-Fi related connectivity issues:

Apple technicians are authorized to replace affected products for two years from the original date of purchase at no charge to the customer after verifying that the devices are running software version 5.2.1 and that there are no third party interference issues.

The third generation Apple TV, which features support for 1080p video, was first released in March of last year. It was later tweaked in late January to include a smaller A5 chip.

Update: According to several readers, Apple has acknowledged that it initially erred in referring to the character pairs appearing the third and fourth positions of the serial number. The listed pairs would actually occur in the fourth and fifth positions.

Steve.P.JobsFan
Just called them -- they're overnighting a new one to me for free and they gave me AppleCare for $19 instead of $29. 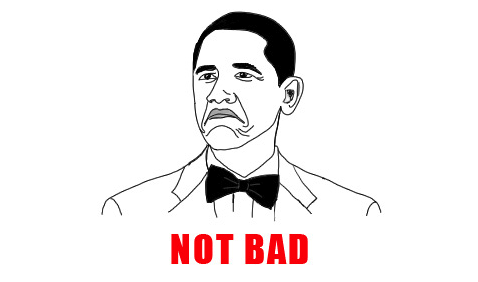 Krazy Bill
Well, crap. I'm on the list. Apple just can't do Wi-Fi. Be it a signal loss on my MBP or the inability to sync with iTunes. :(

ahh..So close. I was off by one character.

There goes getting a free Apple TV.


Same here, but it is not a free Apple TV, you did pay for it before...
Rating: 3 Votes

Had mine replaced last month. The genius said he hadn't heard of any other cases. Guess he was wrong.


Or maybe he was telling the truth and he hadn't heard of any other cases at the time. Maybe he doesn't comb these boards like we do?
Rating: 2 Votes

pbodifee
Have connectivity issues on Wired since 5.2.1

The thing with mine is that I have connectivity issue with the wired LAN since I updated to 5.2.1. Pre-5.2.1 it worked perfectly fine. Now every time when I wake it up out of sleep it has no network connectivity. A reboot is needed to get it back on-line. :confused:
Any one seen this problem?

My serial is DY5H9DT2DRHN. Am I eligible? It says the 3rd and 4th but the H9 is the 4th and 5th alpanumeric letters.


If it says X and yours is Y then no. That said, if its under warranty there is no harm taking it in. Just because its not part of this program doesn't mean there couldn't be something wrong with it

Had mine replaced last month. The genius said he hadn't heard of any other cases. Guess he was wrong.


Not wrong, so much as they aren't told every single issue that any cx claims to have at any store in the world. And given the variety of issues and causes for the multitude of products they see it is possible for someone to not see the exact same issue (symptom and cause) twice.
Rating: 1 Votes

Borjan
Where is the official Apple page for this? Does it exist?
Rating: 1 Votes

i have noticed homesharing issues that seems to be appearing more frequently now (as in the movie just stops and I have to open it again, or the video lags slightly or the voice lags, etc.) Is this a wifi issue or is this something else?


I have those issues over ethernet.
Rating: 1 Votes

If it was plain white boxed, that is a refurbished unit. Although Apple wont call them that...

I read that the software version is supposed to be 5.2.1..."Apple technicians are authorized to replace affected products for two years from the original date of purchase at no charge to the customer after verifying that the devices are running software version 5.2.1 and that there are no third party interference issues." Mine has been updated to 6.1.3 so this doesn't make sense. If all it takes is a software upgrade then why would Apple replace anything?