Two years ago, HP was viewed as potential major tablet competitor for Apple and the iPad, with the company's 2010 acquisition of Palm allowing it to debut its webOS-based TouchPad in early 2011. The TouchPad turned out to be a flop, however, until the company lowered pricing to $99 in order to clear out stock, and HP quickly decided to exit the smartphone and tablet markets and turn webOS into an open source project. 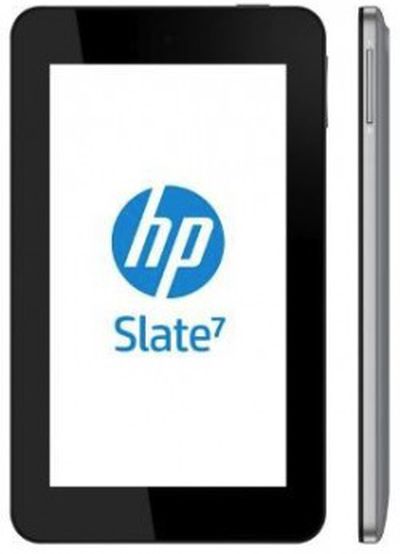 HP is now jumping back into the tablet game, announcing yesterday an April U.S. launch for the HP Slate 7, an Android-based tablet carrying a $169 price tag.

With a 7-inch diagonal screen and weighing 13 ounces, the HP Slate 7 is an ideal trusted personal companion, featuring a stainless-steel frame and soft black paint in gray or red on the back. It also is the industry's first tablet to offer embedded Beats Audio, for the best-sounding, richest audio experience available on a tablet. [...]

As noted by The Verge, HP's new Slate 7 is just the first of many tablet models set to launch this year, with HP recognizing that it needs to be in the rapidly growing tablet market if it wants to retake the lead from Apple in the increasingly combined PC/tablet market.

That's Alberto Torres, the man tasked with making it happen. [...]

"On the tablet side, it's entirely our intent to have a broad set of products on the market... to cover more segments of the market we'll need more products, and you'll see us aggressively pursue that over the year."

HP's return to the tablet market with Android comes just as the company has agreed to sell webOS to LG, which plans to use the operating system for its smart televisions, as reported by CNET.

With the deal, LG obtains the source code for WebOS, related documentation, engineering talent, and related WebOS Web sites. LG also gets HP licenses for use with its WebOS products, and patents HP obtained from Palm. The financial terms of the deal weren't disclosed.

LG remains focused on Android for its smartphones, but views webOS as a promising platform for television. According to an October report from webOS Nation, LG and Gram, HP's subsidiary set up to oversee webOS, had already been working together on the webOS television project, and it now appears solid enough that LG has decided to acquire webOS entirely.

AngerDanger
Amaze your friends during visiting hours at their jail! 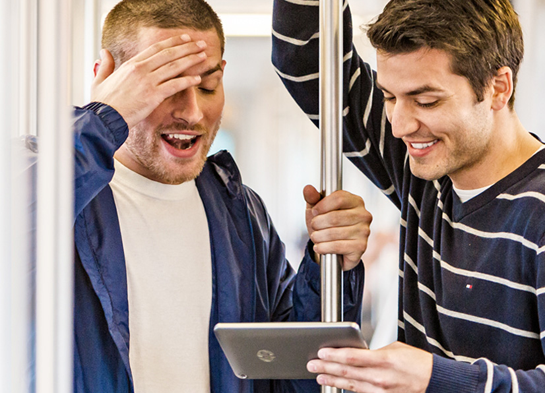 nepalisherpa
At least enter the market with a competitive hardware. 1024x600 resolution, 8GB, and a dual-core processor with a $169 price tag? Come on, I would spend $30 more and get a Nexus 7.
Score: 17 Votes (Like | Disagree)

How many flagship market changing products has Apple ever had? How many years elapsed between the release of each?


Thank you. I'm so sick of people who have this fanciful belief that apple at some point released a new category-defining product every year. Here's my short list:

Let's knock out the first two as too old to matter for this analysis (arguably the CRT iMac too, but whatever. Doesn't change the analysis that much). So we're looking at 3-6 years between entirely new product categories. Nothing strange about apple not having a new product line since the iPad.

Also, apple will not and should not race to the bottom. If HP and others want to take a loss turning out cheap crap to get market share, good for them. Apple has never played that game - which is why they have $140b in cash, and dell failed as a public company.
Score: 11 Votes (Like | Disagree)

garybUK
What is with HP and HTC's obsession with Beats Audio... you've just turned off any potential buyers who want a half decent sounding tablet....
Score: 11 Votes (Like | Disagree)

Macist
If I buy a £400 iPad I can access brilliant apps that do really specialised things - I can get an App to tweak MIDI gear for example (Android's MIDI is a basket case) or run a mobile version of my business database, or have pretty realistic guitar amp sims I could even gig with through a power amp, I have solid official apps for my bank where there is none on Android, I have a good range of useful iPad accessories. It works nice alongside my iPhone and Mac.

If I spend £100 on an Android, I'll likely do a spot of surfing then chuck it in a drawer.

shartypants
Looks like too little too late. Why bother? It should be called S-Late.
Score: 10 Votes (Like | Disagree)
Read All Comments