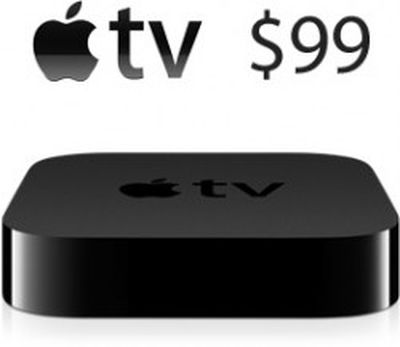 As noted by 9to5Mac, Apple has posted a job listing seeking a new software engineering manager focused on "next generation features for Apple TV".

The Apple TV team is looking for an experienced engineering manager to help deliver the next generation features for Apple TV. Bring your creative energy and engineering discipline, and help us bring the Apple experience to the Living Room. [...]

While the listings unsurprisingly do not offer any specific information about Apple's plans for the Apple TV platform and are filled with typical human resources phrases designed to appeal to prospective employees, they do suggest that Apple may be increasing staffing to push forward on a television initiative.

Rumors of an Apple television set and/or a new set-top box with increased functionality have repeatedly surfaced over the years, although the company's efforts have reportedly been slowed by content negotiations. A new report from TechCrunch's MG Siegler indicates, however, that Apple may finally be ready to begin its push later this year with a focus on third-party apps for the Apple TV and future hardware.

Better yet, the Apple TV should get the beer for me.
Score: 13 Votes (Like | Disagree)

needs to run apps from the appstore, allow the ipad to be its keyboard and mouse


This can already be done.
Score: 10 Votes (Like | Disagree)

Better yet, the Apple TV should get the beer for me.

SandboxGeneral
This "hobby" of theirs is getting more serious all the time. I'm looking forward to seeing what they will do with it. Hopefully they'll bring some apps to the device.
Score: 5 Votes (Like | Disagree)

IronManFan
How about making the ATV picture quality awesome instead of adequate?

With h.265, there's a chance to make iTunes 1080p content true Blu-Ray quality, if not better, instead of the over-compressed near-beer that it is now, which is good enough for most, but certainly not fantastic. "Good enough" is what Android is aiming for and succeeding. Google Play is a joke right now, but it might not be in five years.

Apple needs to aim for nothing less than becoming the premier supplier of videophile-quality film and TV content and taking the lead in making the home theater experience completely seamless and disc-free, before they start monkeying around with an iTV, especially given Tim Cook's feelings about OLED.
Score: 4 Votes (Like | Disagree)
Read All Comments