Earlier this month, we highlighted some comments from Valve founder Gabe Newell noting his view that Apple had the potential to take over the traditional gaming market by leveraging its existing ecosystem to deliver a "dumbed down living room platform" more quickly and efficiently than others can transition from the console to streaming via PC as Newell believes is the future.

Nat Brown, one of the first engineers to join the Xbox project back in 1999, has now published a blog post offering similar thoughts in noting the Microsoft is missing out on a major opportunity by not opening up that platform to small developers, an issue that Apple could easily exploit to gain tremendous momentum in the home gaming market.

Why can’t I write a game for xBox tomorrow using $100 worth of tools and my existing Windows laptop and test it on my home xBox or at my friends’ houses? Why can’t I then distribute it digitally in a decent online store, give up a 30% cut and strike it rich if it’s a great game, like I can for Android, for iPhone, or for iPad?

Brown notes that the terms of the Xbox developer program are so onerous that it is essentially impossible for an independent developer to succeed on the platform.

Brown also believes that the user experience on the Xbox platform leaves much to be desired, with Apple's emphasis on simplicity giving it an advantage with users.

Apple, if it chooses to do so, will simply kill Playstation, Wii-U and xBox by introducing an open 30%-cut app/game ecosystem for Apple-TV. I already make a lot of money on iOS – I will be the first to write apps for Apple-TV when I can, and I know I’ll make money. I would for xBox if I could and I knew I would make money. Maybe a “console-capable” Apple-TV isn’t $99, maybe it’s $199, and add another $79 for a controller. The current numbers already say a lot, even with Apple-TV not already an open console: 5.3M sold units in 2012, 90% year-over-year growth — vs. xBox 360 — about 9M units in 2012, 60% YoY decline.

Just today, Jefferies analyst Peter Misek claimed that Apple will be holding a TV-related special event next month, speculating that the company could announce developer tools for the Apple TV platform to set the stage for a full television set product later this year.

roxxette
Destroy casual gaming maybe, i can totally see eating nintendos market but doubt it will take any share from the xbox and playstation market.
Score: 29 Votes (Like | Disagree)

Derekuda
Why is he comparing sales figures of units sold in 2012 of a 2 year old media box to an almost 8 year old gaming console. The reason why Microsofts xbox sales are declining slowly is because everyone already owns an xbox, not to mention the next gen is literally right around the corner.
Score: 19 Votes (Like | Disagree)

blackhand1001
Not with the current graphics. Arm graphics are still much slower. You have to realize that the xbox and other gaming consoles have 10-20 times the power envelope to use. They aren't using 1-2 watt chips they are using 30-60+ watt chips that are much faster.

Heres a powervr sgx 545 (apple tv has a 543) vs an intel hd4000 which itself is much slower than the xbox class graphics. 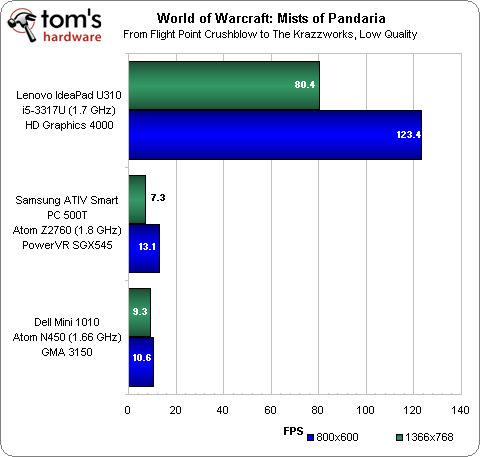 If Apple opened up an App Store for Apple TV, and made a wireless controller for all iOS devices than yes, XBOX, Playstation, and Nintendo would die within a few short years. Why? 99c games with real "button" controls will satisfy 90% of Gamers, 99% of Wallets, and 100% of Parents ;). Plus, Apple TV only costs $99 and it would be updated every year so even if PS4 and XBOX 720 will be significantly more powerful on day 1, it won't be for 5-8 years (usual life cycle of gaming systems).


An Apple "TV" that is capable of competing with Microsoft's XBox would NOT be worth $100. Keep dreaming.
Score: 10 Votes (Like | Disagree)

Its a streaming set-top box, a gaming console, and a live Television. Apple TV." - 2013
Score: 10 Votes (Like | Disagree)
Read All Comments

Friday February 26, 2021 3:35 am PST by Tim Hardwick
Microsoft co-founder Bill Gates this week participated in his first meeting on Clubhouse, the increasingly popular invite-only conversation app, where he fielded a range of questions as part of an ongoing book tour. Gates was interviewed by journalist Andrew Ross Sorkin, and given that the Clubhouse app is currently only available on iOS, naturally one of the questions that came up was...
Read Full Article • 231 comments

Tuesday February 23, 2021 7:07 am PST by Hartley Charlton
Over the past week, some M1 Mac users have been reporting alarming SSD health readings, suggesting that these devices are writing extraordinary amounts of data to their drives (via iMore). Across Twitter and the MacRumors forums, users are reporting that M1 Macs are experiencing extremely high drive writes over a short space of time. In what appear to be the most severe cases, M1 Macs are sai...
Read Full Article • 664 comments