CES 2013 promises to be very television-centric this year, with Samsung teasing a mystery TV product after reports that Intel will be be launching a set top box and cable TV service at the trade show.

The strong TV-focus of CES 2013 comes amidst persistent rumors that Apple is testing the waters with its own full-sized television.

Samsung recently released a new pre-CES teaser video and image of an HDTV.

On the company's blog, there is a picture of a portrait-shaped TV that is taller than it is wide. The television is depicted against an uninterrupted snowy background, possibly suggesting that the display is translucent. "A true innovation of TV design is coming up with an unprecedented new TV shape and timeless gallery design," reads the caption. 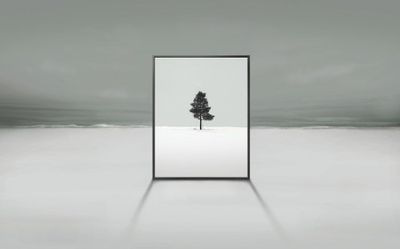 The image is accompanied by a video that was recently added to Samsung's YouTube page. In the video, an array of standard 16:9 televisions are depicted, both flatscreen and CRT, before Samsung's new television is displayed, hidden behind a white sheet. A description accompanying the video again boasts of an innovative design.

"As Samsung prepares to unveil a new TV at CES that is unlike anything the world has ever seen, all the other TVs are rushing to see the new TV."


Multiple reports have suggested that Apple is exploring this market as well, though it is not clear when Apple will introduce its own television product. Apple does not attend CES and will not be making any official announcements at the trade show.

Can't wait to get my fingerprints all over my SAMOLED Android 4.2 beta with 3D 52" Super Galaxy Inferno TV with SmartACTIV technology and WiFi with LTE from Verizon with Unprecedented(tm) portrait mode!!
Score: 40 Votes (Like | Disagree)

What you're missing is obvious. They SHOWED the TV on the billboard in the ad. And at the end it's clear the TV is not vertical it is on a big stand.

It's an edge-to-edge TV. NO BEZEL at all.

No transparency. Who wants to see the wall behind their TV and pay thousands more to do it??
Score: 31 Votes (Like | Disagree)

Compile 'em all
That ad is very Samsung. You have no idea what is happening.
Score: 28 Votes (Like | Disagree)

camnchar
Samsung is very good at television/display tech, but they're not so good at disrupting markets with new innovations. We'll see.
Score: 20 Votes (Like | Disagree)