The new iMac is going on sale around the world on Friday, November 30th. In Australia, Ben Pasternak was able to walk into his local Apple Store and buy one and has posted the first unboxing video of the new machine: 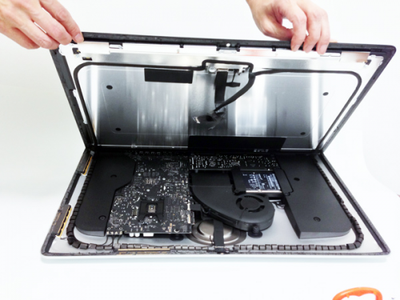 The new iMac tapers to a 5mm thin edge along the sides, requiring the use of a special welding technique to achieve the design.

The 21.5" iMac will go on sale today in the U.S. both in retail stores and in the online Apple store with immediate availability. The 27-inch model will be available for pre-order but won't ship until December. Stock is expected to be tight throughout 2012.

needfx
still not really convinced of the new design. it's thin only from a particular viewing angle
Score: 26 Votes (Like | Disagree)


Does anyone use the Super Drive? No.
Does removing the Super Drive allow the iMac to be eight pounds lighter? Yes
Did Apple add any new features? Fusion Drive
Can you install more than 16GB of ram? Yes.
Does it perform better? Yes. Fusion Drive + Ivy Bridge + 1536 CUDA cores GFX + 32GB ram + less reflection on the display


Yes, people do use the Super Drive, otherwise it wouldn't have been there in the first place and Apple wouldn't still be selling an external version. :rolleyes:

Apple has added a new feature which has existed for ages, SSD caching and released their own iteration, hardly groundbreaking.

Unless you carry your iMac around with you like a laptop, then a desktop computer isn't weight limited. Eight pounds lighter means nothing when the computer will spend the majority of its life on a desk.

Your example uses the top spec iMac so it is specious as the majority will not be spending the thousands of the spec you have stated. The stock models are nothing more than a minor improvements. Ivy Bridge = Sandy Bridge + 10% IPC plus a mid-range GPU are hardly earth shattering.
Score: 19 Votes (Like | Disagree)


Oh stop your complaining. It improves the footprint, the materials used, the total volume, the heat dissipation, the weight.

Really, you blokes are the biggest bunch of spoilt brats I've even seen...
Score: 15 Votes (Like | Disagree)


What kind of useless questions are these? Sure I'll have a stab at being on the opposite end then:

Does anyone use the Super Drive? No.
Does removing the Super Drive allow the iMac to be eight pounds lighter? Yes
Did Apple add any new features? Fusion Drive
Can you install more than 16GB of ram? Yes.
Does it perform better? Yes. Fusion Drive + Ivy Bridge + 1536 CUDA cores GFX + 32GB ram + less reflection on the display
Score: 15 Votes (Like | Disagree)