With Apple's new iMac going on sale today, the first reviews of the new machine are starting to arrive. The reviews come alongside some early teardown photos and benchmarks offering an early glimpse at Apple's redesigned flagship desktop.

CNET has a thorough review of the 27-inch model, which won't be shipping to customers for several more weeks, noting that while the design is the major change to the machine, iterative improvements on already impressive performance-related specs keep the iMac in solid position.

You might be alarmed by the fact that the design is the most interesting thing about the new iMac. A thin bezel is nice to look at, but it doesn't improve processing speed, workflow, or overall utility. Fortunately for Apple, it evolved that design from a computer with a strong technical foundation. It is the updates to that foundation, and a few points of polish along the way, that keep this iMac on elite footing.


CNET's review machine, a souped-up $2599 model with 3.4 GHz Core i7 processor, 1 TB Fusion Drive, and NVIDIA GeForce GTX 680MX graphics, performed quite well in benchmark tests and features Apple's new display lamination process that greatly reduces reflectivity. The new iMac compares relatively favorably to Dell's XPS One 27 in many respects, with the Dell's touch capabilities and Blu-ray drive perhaps being significant factors in its favor for some users.

The Verge has also reviewed both sizes of the new iMac and was similarly impressed by the new display process being used by Apple.

The IPS panels are the same as in last year’s iMacs, but they’re better integrated now — Apple says that by laminating the display to the glass it reduced reflections up to 70 percent, and indeed the glare problems that beset so many displays are much less present here, though there's still some reflection and glare. The improved manufacturing also makes whatever’s on the screen feel closer to you, almost like things are jumping out of the panel. The display's glossy bezel, which houses its HD FaceTime camera, is actually the most reflective part of the whole machine now.

I have to say, I was really surprised to see how much better the screen could be without a single change to the actual technology — but hey, I guess plastic surgery can work wonders. Both screens have fantastic color reproduction, are remarkably (like, blindingly) bright, and have near-180-degree viewing angles.

Overall, The Verge gives both iMac models scores of 9.0, noting that it is "still the best all-in-one device out there" but suggesting that the door is open for Windows 8 machines integrating advanced features like touchscreens and media center software to compete strongly with the iMac.

Purchased 3 fully loaded iMacs. 1 27 for me and 2 21 inchers for my 8 year old twin daughters (they hate sharing). 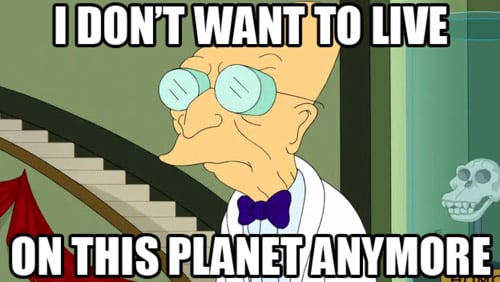 unlimitedx
maybe it's just me, but it doesn't seem too ergonomic to have a touchscreen for a desktop. a tablet.. yes.. but desktop my arms would have to keep hovering in the air frequently to do tasks if i were to really forego the traditional keyboard/mouse
Score: 28 Votes (Like | Disagree)

maybe it's just me, but it doesn't seem too ergonomic to have a touchscreen for a desktop. a tablet.. yes.. but desktop my arms would have to keep hovering in the air frequently to do tasks if i were to really forego the traditional keyboard/mouse


That is the entire premise of windows 8, touch for the sake of itself. Not because you need it, or because its the right tool for the job, rather because it's touch and that's awesome, ignore that it makes simple tasks on a traditional computer less intuitive and more time consuming.
Score: 27 Votes (Like | Disagree)

That's why Dell's computer has special stand that folds. It does not go completely horizontal but it folds like this:

...which is the second time I've posted this picture today, in response to the same tired argument.

Most people griping about monkey arms or whatever are only doing so because Steve Jobs said something back in the day, and now they're regurgitating it nonstop in an attempt to look smart.

You know, he was right...when it comes to vertically standing monitors. But for screens you can slide right in front of you and tilt back? There's no reason not to have them touch enabled. They'll be as comfortable to use as an iPad.
Score: 26 Votes (Like | Disagree)

I'd still prefer to have a slightly bigger machine with desktop-level graphics instead of a mobile GPU. :(
Score: 26 Votes (Like | Disagree)

maybe it's just me, but it doesn't seem too ergonomic to have a touchscreen for a desktop. a tablet.. yes.. but desktop my arms would have to keep hovering in the air frequently to do tasks if i were to really forego the traditional keyboard/mouse

It's not you. It's common sense, and exactly why Apple has _not_ entertained the idea of a touch-screen computer. That said, as people use touch more on tablets and phones, the expectation to touch the screen on regular computers is growing. I've even found myself trying to interact with the screen on my laptop only to realize that I wasn't using my iPad. hahaha

Macs will eventually have a touch-screen monitor, simply to stay in line with consumer expectations, but the time is not right just yet.

Hold on. I'm gonna quote myself...


There really is no point pointing this out, people will continue to ignore your post or simply not read it at all, they will spout the stuff Steve Jobs said about Touchscreens, had it before with Steve on "If it has a stylus, it failed"

Steves word is law, and everybody else is wrong.

Ignoring the fact that Apple has already patented a touchscreen iMac that folds like those you posted. 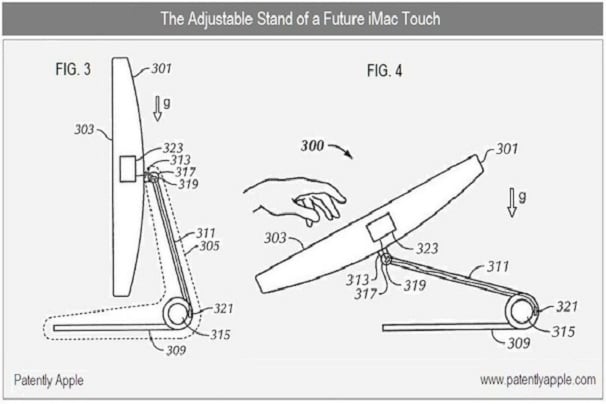 When Apple eventually does release a touchscreen iMac, all childish insults towards touchscreen PC's will vanish overnight as people scramble to buy 12 each, and PC's who have touchscreen will have copied Apple.
Score: 20 Votes (Like | Disagree)
Read All Comments