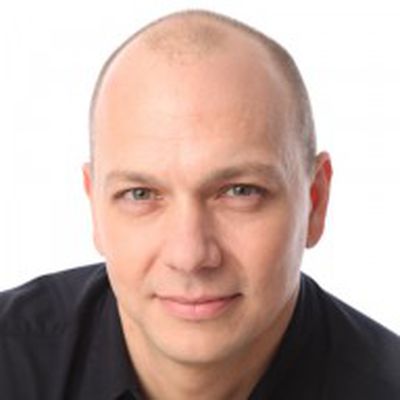 In an interview with BBC, Tony Fadell claims that former Apple senior vice president of iOS Scott Forstall “got what he deserved,” when he was forced to leave Apple.

Fadell is widely known as the godfather of the iPod, and he formerly served as the senior vice president of the iPod division and as a special advisor to Steve Jobs.

After Fadell left Apple in 2008, there were rumors that Forstall and Fadell butted heads on more than one occasion. A 2011 profile of Forstall suggested that he was difficult to work with and had fought with Fadell over the operating system for the iPhone, which eventually led to Fadell’s departure from the company.

The interviewer asked about Forstall’s personality and personal problems that Fadell had with Forstall, but Fadell declined to comment further and simply reiterated his previous statement.

“I think what happened just a few weeks back was deserved and justified.”

When asked about Apple, Fadell said that he thought the company was in a “great place” but mentioned that there had been cheering in Cupertino when Forstall was ousted.


Currently, Tony Fadell is the CEO of Nest, the company that has created the popular Nest Learning Thermostat. Scott Forstall is serving as an advisor to Tim Cook and will be leaving Apple in 2013.
Tag: Scott Forstall
[ 170 comments ]

colmaclean
NEWSFLASH - bloke who was elbowed out the door thinks it's a good thing that the main elbower has now been elbowed too.
Score: 29 Votes (Like | Disagree)

ironsienna
It's so easy to turn Forstall into a scapegoat. To all the ignorants that hurray the expel of him and give credit to Fadell, if Fadell was to take the responsibility of the iPhone software, today you would essentially be using a big iPod to do your calls. The operating system would lack expandability, with no APIs borrowed from MacOs, and with limited functionality.

Forstall was the one that managed to port the MacOs into the iPhone turning it into a flexible mobile operating system. A HUGE task...

I can understand that Forstall lately did a lot of mistakes and I am not trying to defend or oppose his leave... Things change, people change... But I get really annoyed when I see some people being so shallow to judge so easily his work and what he has provided to Apple.
Score: 28 Votes (Like | Disagree)

addicted44
Tony Faddell is clearly biased. His idea, of basing the iPhone OS on the iPod OS was shot down in favor of Forstall's idea of basing it on Mac OS X. And I think this was the right decision.

That being said, I believe iOS6 clearly indicated that Forstall had to go. He is obviously a brilliant man, but I think he had run out of ideas. While iOS6 was a great update, it wasn't the revolution I believe Apple needs in the next couple of years. And there was no indication that Forstall would be able to deliver.

In most cases, running out of ideas personally is not a huge issue in a large talented company like Apple's, because there are so many other smart people whose ideas you can leverage. But this is where Forstall's inability to get along with anyone else would potentially be a dealbreaker, because (a) he was unlikely to accept others' ideas, and (b) others were unlikely to share their ideas with him.

Now, the obvious counterpoint is Steve Jobs, who also famously did not get along very well with most people. Ignoring the obvious counterpoint is that Steve Jobs was Steve Jobs, and there is unlikely to be another Steve, the reality is that no one ever displayed the kind of animosity towards Jobs that Faddell in this case is displaying towards Forstall (note, that it was almost certain that it was Jobs who made the decision to go with Forstall's OS as opposed to Faddell's, but yet Faddell only has praises for Jobs). I think the reason behind that is people believe that Forstall is hard to get along with because he is interested in his own personal gain. Even the people who disliked Steve Jobs, and thought that he was arrogant, etc. always believed that his actions were indeed motivated by bringing out the best product. They may not have liked his ideas about what the best product was, and may have hated his management style, but they never questioned his motivations. That does not seem to be true of Forstall, where, as indicated in the Businessweek profile, Forstall's colleagues believe his motivations are purely selfish.

I think iOS7 (or maybe iOS8, if the plans for iOS7 are already baked in) will be a huge indication of the direction Apple will be taking post-Forstall.

all the ignorants that hurray the expel of him


From most media reports, it seems that those "ignorants" are largely people within Apple, or as in the case of Faddell, are people with Apple who left there but without animosity towards the company.

I agree that Forstall deserves a lot of credit for iOS (and I agree that his basing it on OS X was a huge undertaking, which was far more effective than if it was based on the iPod's Pixo OS). That does not mean he was the right person necessarily to continue the job of improving iOS. It is obvious from media reports, and Apple's actions, that a significant part of Apple's management agrees with this. And with the direction iOS6 took, from a very far off (and obviously heavily underinformed) position, I also agree.
Score: 16 Votes (Like | Disagree)

WatchTheThrone
Reminds me of when Steve Jobs was kicked out of Apple then came back....hhhhmmmm maybe he will be apples savior in the future :)
Score: 15 Votes (Like | Disagree)

I wish someone would just tell us what the jackass (Forstall) did to deserve what he got. Can't macrumors email some former underlings and get a scoop?