Bloomberg reports that Apple is taking an interesting step into security research publicity, agreeing to present at this week's Black Hat conference in Las Vegas for the first time in the conference's 15-year history.

While many major technology vendors have overcome their reluctance to making a public showing at the conference, Apple, now the world’s most valuable company, has had no problem snubbing a community whose aim is to unearth its vulnerabilities.

That will change Thursday when Dallas De Atley, manager of Apple’s platform security team, is scheduled to give a presentation on key security technologies within iOS, the operating system for iPhones and iPads.

The report notes that Apple's security researchers have attended the conference in past years, but the company has kept a low profile with its presence. Apple researchers were reportedly scheduled to give a panel presentation back in 2008, but the session was canceled once Apple's marketing team learned of the plans.

“Bottom line — no one at Apple speaks without marketing approval,” [Black Hat general manager Trey] Ford wrote in an e-mail. “Apple will be at Black Hat 2012, and marketing is on board.”

The annual Black Hat conference has been a popular venue for security researchers to release their findings on vulnerabilities in OS X, iOS and other platforms. Apple has sometimes moved very quickly to patch holes disclosed at the conference, such as in 2009 when Apple released iPhone OS 3.0.1 to address an SMS security vulnerability revealed at the conference just one day earlier, although the researchers had previously been in contact with Apple about the issue.

No company that operates without a Roadmap is going to be a defense contractor.


They have a roadmap, haven't you seen? 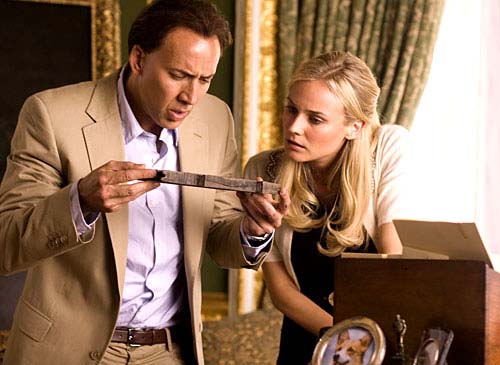 Maybe we'll finally see some timely security updates and a little transparency? Or perhaps they're finally recognizing that OS X isn't as secure as they thought :rolleyes:


In your enthusiasm to attack Apple, did you miss that the presentation is on iOS, not OS X? Yes, yes you did.
Score: 14 Votes (Like | Disagree)

Perhaps they're finally recognizing that OS X isn't as secure as they thought :rolleyes:


They've always pretty much known the security level of OS X. How they chose to spin this in their marketing material as no bearing on their level of knowledge of the actual system.
Score: 12 Votes (Like | Disagree)

No company that operates without a Roadmap is going to be a defense contractor.


I am sure they operate on a pretty good road map, just not a public one or one they are going to share with a client.
Score: 9 Votes (Like | Disagree)

Maybe we'll finally see some timely security updates and a little transparency? Or perhaps they're finally recognizing that OS X isn't as secure as they thought :rolleyes:


Frankly, they are pretty timely with their updates and do a good job addressing problems quickly. I would rather have them working on fixes than stroking a bunch of whiners who cry about "transparency" all the time. Their focus SHOULD be on the products at all times, not making you feel fuzzy with a series of empty "we apologize for the inconvenience" statements.
Score: 9 Votes (Like | Disagree)

lifeinhd
Maybe we'll finally see some timely security updates and a little transparency? Or perhaps they're finally recognizing that OS X isn't as secure as they thought :rolleyes:
Score: 9 Votes (Like | Disagree)
Read All Comments

Tuesday April 13, 2021 10:45 pm PDT by Juli Clover
The upcoming 2022 iPhone lineup will feature two 6.1-inch devices and two 6.7-inch devices, with no mini-sized 5.4-inch iPhone, well-respected Apple analyst Ming-Chi Kuo said in a note to investors that was seen by MacRumors. Two of the iPhones will be high-end models and two of the iPhones will be lower-end models, similar to the current iPhone 12 lineup. Apple introduced the 5.4-inch...
Read Full Article • 171 comments