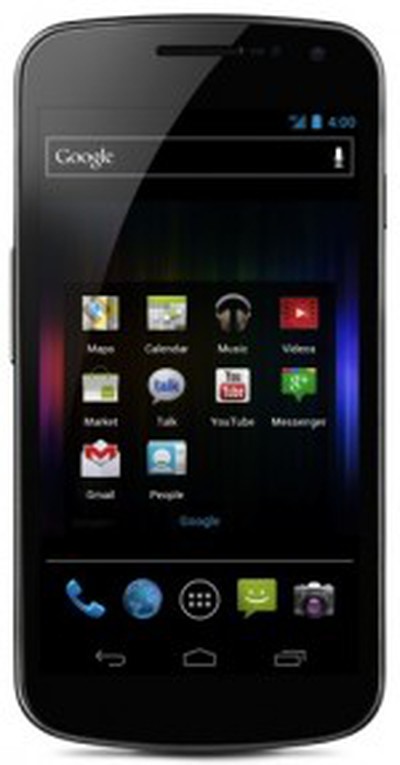 Last week, Apple won a preliminary injunction banning U.S. sales of the Samsung Galaxy Nexus, a high-profile Android phone that was the lead device for Android 4.0 "Ice Cream Sandwich" and given away to attendees at last week's Google I/O conference to show off the forthcoming Android 4.1 "Jelly Bean". The ban followed a similar injunction barring sales of the Galaxy Tab 10.1 that was issued a few days earlier.

Samsung immediately appealed both of the injunctions in hopes of continuing sales of the devices as the cases over Android software features proceed through full trials. But the judge overseeing both cases rejected Samsung's appeal in the Galaxy Tab 10.1 case over the weekend and today similarly declined the company's appeal in the Galaxy Nexus case. AllThingsD has more on the developments:

U.S. District Court Judge Lucy Koh ruled that there was not sufficient evidence to put the ban on hold while Samsung pursues an appeal.

“Although some consumers may be disappointed that they cannot purchase the Galaxy Nexus, the Galaxy Nexus, as Samsung itself has repeatedly insisted, is not Samsung’s only smartphone product on the market,” Koh wrote in the ruling.

Just minutes after the decision, AllThingsD also reported that Google and Samsung have developed a software workaround they believe will satisfactorily address the infringement issue being claimed by Apple, which involves a unified search function related to Siri's abilities.

First and foremost, Samsung and Google have a software patch that they believe avoids infringing the Apple patent that led to the injunction. That patch is expected to be pushed out imminently, Google said.

Google and Samsung are also continuing to pursue the matter on other fronts, persisting in their battle against Apple in the case while also seeking to have Apple's patent ruled invalid through reexamination by the U.S. Patent and Trademark Office.

WindWaker
whether you're an android fan or an apple fan, you can't help but be a little sad about how patents are being handled nowadays...
Score: 49 Votes (Like | Disagree)

Android has had unified search in android long before it was in iOS.


And Apple have applied for patents long before Android and iOS existed.

They aren't newbies when it comes to operating systems.
Score: 22 Votes (Like | Disagree)

Pyrrhic Victory
These legal battles are becoming so epic that some game developer should make an MMORPG featuring the Android Alliance vs the Apple Empire...or something.
Score: 19 Votes (Like | Disagree)

Glad Apple won. Glad Google can write their own code work-around to satisfy the courts. Sounds like a win-win. Apple's competitors need to see that they can't rip the boys from Cupertino off, but it also shows that with a little elbow grease, they can get the results they need to be competitive.


I think it is still a preliminary injunction. Google just want to put out a patch so they can continue to sell while the court case works itself out.
Score: 17 Votes (Like | Disagree)

tylersdad
Am I reading this correctly? That this is all because of the search functionality? Does apple really think they'll lose sales because of that one feature?

I can't figure out how they were able to patent that. It's been part of most desktop operating systems for ages.

I hope the patent is nullified.
Score: 15 Votes (Like | Disagree)
Read All Comments

Tuesday May 11, 2021 5:06 am PDT by Hartley Charlton
Apple's next MacBook Air will feature a completely new design and come in a range of colors like the 24-inch iMac, according to leaker Jon Prosser, who has now released supposedly accurate renders of the new machines based on leaked images. In a new video uploaded to YouTube channel Front Page Tech, Prosser elaborated on his previous prediction that Apple's next-generation MacBook Air models ...
Read Full Article • 62 comments

Tuesday May 11, 2021 11:56 am PDT by Joe Rossignol
Last month, Apple introduced a new iPad Pro with the same M1 chip found in the latest Macs, and early benchmark results indicate that the M1 iPad Pro is over 50% faster than the previous-generation iPad Pro. Based on five legitimate Geekbench 5 results (here's the fifth) for the fifth-generation 12.9-inch iPad Pro with the M1 chip, the device has average single-core and multi-core scores of...
Read Full Article • 210 comments