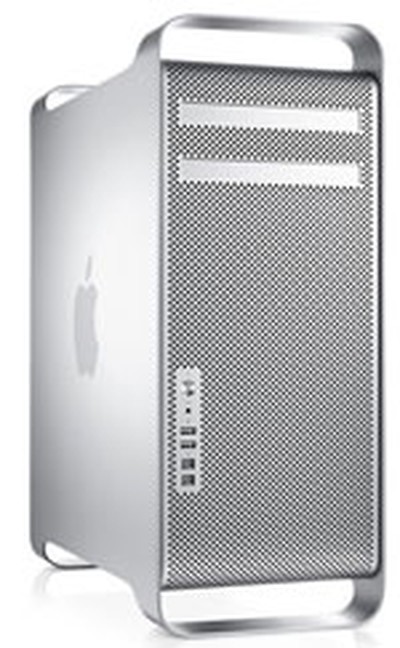 Yesterday, David Pogue of The New York Times vaguely stated in reference to Apple's desktop Mac lines that an unnamed Apple executive had informed him that "new models and new designs are under way, probably for release in 2013." That information was taken to include both Mac Pro and iMac models, but was not explicitly clear.

Soon after we posted the article, we received a report from a reader who had emailed Apple CEO Tim Cook about his disappointment in the lack of a significant Mac Pro update yesterday, with Cook responding to indicate that users can expect significant upgrades next year.

Our pro customers are really important to us...don't worry as we're working on something really great for later next year.

Forbes now follows up with additional corroboration of both Mac Pro and iMac updates coming down the road, with the updates likely appearing next year. The information was provided directly by an Apple spokesperson.

An Apple spokesman just told me that new models and new designs of the Mac Pro, as well as the iMac desktop, are in the works and will likely be released in 2013. That confirms what New York Times columnist David Pogue said yesterday, citing an unnamed Apple executive, about Apple’s commitment to its desktop computers.

There was considerable disappointment from Apple's professional workstation users yesterday when Apple introduced only a very minor update to the Mac Pro, with Apple even taking the unusual step of removing the "New" designation on the Mac Pro in its online store today.

In light of the disappointing update with processors that are still several years old, we have tweaked our Buyer's Guide recommendations to suggest that users able to hold off until next year for a more significant update do so instead of purchasing the just-updated but still outdated Mac Pro models.

Update: Apple PR has reached out and clarified that only the Mac Pro is expected to be next updated in 2013. The company had no comment about the iMac, which perhaps means that the iMac could see updates earlier than next year. It has been 406 days since the iMac last received an update, significantly longer than the traditional iMac update interval.

Small White Car
Man, Apple got scared. Having them admit even that much about a year-off product is a huge, huge change for them.

Looks like all the Internet bit**ing achieved at least a tiny result. That's new.
Score: 54 Votes (Like | Disagree)

MacReloaded
So much for doubling down on secrecy.
Score: 29 Votes (Like | Disagree)

Stiksi
"You are very important to us, so we will take care of your needs right after we've done everything else."

donlab
finally a redesign of the mac pro!
Score: 24 Votes (Like | Disagree)
Read All Comments

Monday June 14, 2021 3:41 am PDT by Tim Hardwick
This year's Apple Watch Series 7 is likely to have thinner display bezels and use a new lamination technique that brings the display closer to the front cover, according to Bloomberg's Mark Gurman. From the report: The Cupertino, California-based tech giant is planning to refresh the line this year -- with a model likely dubbed the Apple Watch Series 7 -- by adding a faster processor,...
Read Full Article • 174 comments

Tuesday June 15, 2021 3:41 am PDT by Tim Hardwick
Apple in iPadOS 15 has added the ability to access NTFS-formatted media from within the Files app. The additional support for the Windows-related format, first discovered by YouTuber Steven Fjordstrøm, is read-only, so like on macOS you can't modify files stored on NTFS devices, but you can at least copy any data on them for working on elsewhere on your iPad. The Files app has also gotten a...
Read Full Article • 98 comments