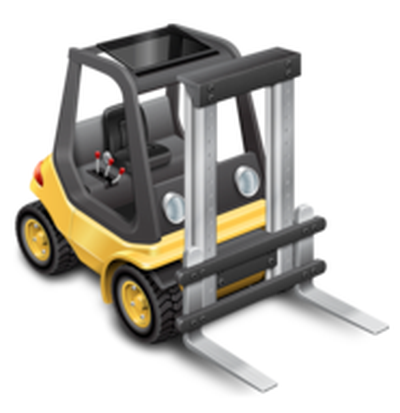 Binary Nights has dropped the price of its file-transfer app ForkLift to $0.99, down from $29.99, for a limited time.

ForkLift is a well-reviewed file management app that offers FTP, SFTP, WebDAV, Amazon S3, iDisk, SMB, AFP, and NIS support, as well as a dual-pane, tabbed file management window -- it works as a Finder replacement for power users as well.

ForkLift is a robust and elegant file manager and FTP/SFTP client, fully embracing the Apple methodology of bringing incredible power to a beautiful and easy-to-use, approachable interface, it also integrates multiple features you would normally buy in many separate applications. Batch Rename, App Deleter, Archive creation & management, powerful Folder Sync, and the ability to Split and Combine large files are all at your fingertips.

Binary Nights didn't specify when the price will rise back to $29.99, so interested users should take advantage while they can. ForkLift requires Lion.

ForkLift for Mac is temporarily available for $0.99 on the Mac App Store. [Direct Link]

What will happen to it on June 1st, when App Sandboxing is officially the rule?

Is this just a big bang to go out on before Apple shuts them down for not complying with the sandboxing requirement?

(Although between you and me, it already is the rule. I submitted an update to Apple May 2nd. On May 7th, they told me it was in review. It's over two weeks later, and I haven't heard a peep from them. My app isn't that complicated... if they wanted to verify it makes battery predictions accurately, they'd know within a week of starting the review. I suspect their plan is to just wait until June 1st, then tell me it's rejected on account of not being sandboxed. Oh well, I'm nearly done with sandboxing it anyways, so I'll probably just withdraw the update they're "reviewing" now and submit a sandboxed version on Monday.)
Score: 5 Votes (Like | Disagree)

That's what I asked too, but no one replied. :(


I own both, though I use an older version of Forklift since I'm on 10.6. I like Transmit better as an FTP/scp/SFTP client, but as a file manager, I like Forklift better. The dual pane mode on Forklift, to me, is better than Transmit. Transmit, however, is insanely fast for remote connections - I'd say faster than Forklift, but I haven't run lab-like tests to give you exact numbers. But for local use, Forklift is like Finder for power users. At least that is how I use it.

I have a 10.7 laptop, so I purchased 2.5 from the MAS and will check it out more this week. 2.0.x still runs on 10.6, but 2.5, from the new feature list, does look like it should have been named 3.0 instead. Impressive that it is a free upgrade [and yes, i know i could have copied my 2.0.x from my 10.6 system to my 10.7 and ran the auto-update feature to get 2.5, but since I now have licenses for both the MAS and non-MAS versions, it will be easy for me to see differences in the two as sandboxing is enabled for future MAS versions of the app; for 99c it was a no brainer :) ].
Score: 4 Votes (Like | Disagree)

You need access to a Mac that has Snow Leopard installed on it. Log in with your Apple ID, purchase, log out, delete app if needed. Then once you get your own Mac, log in to the app store and redownload. Voila.


I have Snow Leopard, and I can't even download the thing. I just get a dialog box saying it requires Lion. This is going to happen more and more often to people who stick with Snow Leopard like me.
Score: 3 Votes (Like | Disagree)

Sweetfeld28
How is this compared to Transmit 4 (http://panic.com/transmit/)? Besides the difference in price?
Score: 3 Votes (Like | Disagree)

What will happen to it on June 1st, when App Sandboxing is officially the rule?

Is this just a big bang to go out on before Apple shuts them down for not complying with the sandboxing requirement?


Another question: If this (version of this) app is removed from the MAS for whatever-sandboxing-reason, will we still be able to get updates (through the MAS or within the app itself)? Or will it simply become a dead version (as in "unsupported")?