Tuesday May 22, 2012 8:10 am PDT by Eric Slivka
9to5Mac reports that Apple is currently testing two prototypes of the next-generation iPhone that offer a taller screen while maintaining the existing 640-pixel width. According to the report, the two prototypes carry a display with a height of 1136 pixels, up from the current 960-pixel height and leading to an increase in the diagonal size of the display from 3.5 inches to 3.95 inches.

These prototype phones are floating around Apple HQ in thick, locked shells in order to disguise the exterior design to “undisclosed” employees. We know of two next-generation iPhones in testing with a larger display: the iPhone 5,1 and iPhone 5,2. These phones are in the PreEVT stage of development and are codenamed N41AP (5,1) and N42AP (5,2). Because Apple reserves certain models for internal-only usage (such as the N96 phone we previously reported on), we’re not sure which of the two devices will make its way into the world later this year.

The idea of a larger screen in the range of 4 inches for the iPhone has been gaining momentum in recent weeks, with some sources already having claimed that Apple will achieve that increase with a taller design. 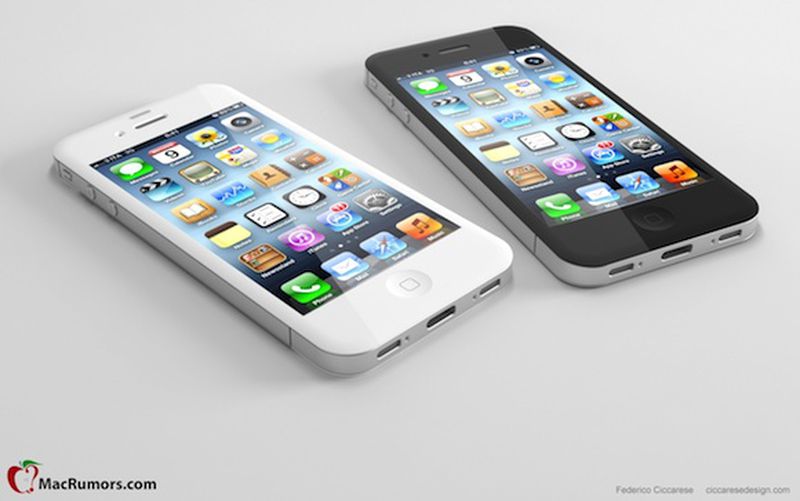 applesith
Anything to use those mockups.
Rating: 51 Votes

That mini connector is a game breaker for me. Seems pointless to invalidate the ten or so cables I have (car, truck, RV, 1 per room, recharching dock/alarm clock, etc). What would be the point of this?

Steve would have never allowed this


Seem to recall an article stating that he was very much involved with the design of this phone.
Rating: 38 Votes

FSMBP
That's interesting...I used a 4" Windows Phone this weekend and typed on it (Portrait orientation) and it made a world of difference compared to my iPhone. Wish Apple would increase the iPhone vertically and horizontally.

Especially if you're using your iPhone in landscape to type in iMessage, you only see one line of the other person's text. It would be nice to see more than that...
Rating: 30 Votes

Steve would have never allowed this

Wonder how many years we will get this crap messaged on these forums?
Rating: 28 Votes

I thing it is a bad move to change resolution :confused:. It will complicate developer's life


Err, it is their job, so we should stop technical improvements to make app developers job easier? How about we don't ask for new model of cars as it will make the mechanic's job easier. It is the developer's responsibility to respond to Apple's design not the other way around,

Don't forget develop for a new format could also be fun.
Rating: 24 Votes

macse30
Landscape viewing of text and movies will be better but it feels forced as a design choice.
Rating: 22 Votes

i0Nic
It's not going to be a taller iPhone - it will be a taller screen in the same sized frame as the current iPhone. Less top and bottom bezel.
Rating: 21 Votes

I thing it is a bad move to change resolution :confused:. It will complicate developer's life


- you guys should have lived though the "best viewed with Netscape x.x" era of web development where every computer OS, every browser, and every browser versions needed extensive customization...
Rating: 18 Votes