The Wall Street Journal reports that Apple has placed orders for screens measuring "at least 4 inches diagonally" for the next-generation iPhone, marking a significant increase in size over the displays used in every iPhone model released to date.

Apple Inc., which is expected to launch its next-generation iPhone later this year, has ordered screens from its Asian suppliers that are bigger than the ones used in iPhones since they debuted in 2007, people familiar with the situation said.

Production is set to begin next month for the screens, which measure at least 4 inches diagonally compared with 3.5 inches on the iPhone 4S, the latest phone from Apple, the people said.

Apple is reportedly working with LG, Sharp, and Japan Display (the newly-merged display businesses of Sony, Hitachi, and Toshiba) on the new screen.

Rendered mockup of taller iPhone with 4-inch display (left) and iPhone 4S (right)
The Wall Street Journal's report does not specify what aspect ratio the larger display will use, and other rumors have conflicted on whether Apple will maintain the existing ratio or increase the screen's height while keeping the width consistent with existing models.

Update: Reuters has filed its own report making similar claims, although one of its sources seems more firm that the screen will measure 4 inches diagonally, as opposed to the "at least 4 inches" reported by The Wall Street Journal.

Apple Inc plans to use a larger screen on the next-generation iPhone and has begun to place orders for the new displays from suppliers in South Korea and Japan, people familiar with the situation said on Wednesday. [...]

The new iPhone screens will measure 4 inches from corner to corner, one of the sources said.

Prother
If they were to ever change the screen size, they would do it now. It's now or never.
Score: 23 Votes (Like | Disagree)

However, that said, this form factor is really puzzling to me
Score: 19 Votes (Like | Disagree)

itsmemuffins
After last years farce I don't believe anything unless I see it in the flesh.
Score: 19 Votes (Like | Disagree)


I'll up you with this one: 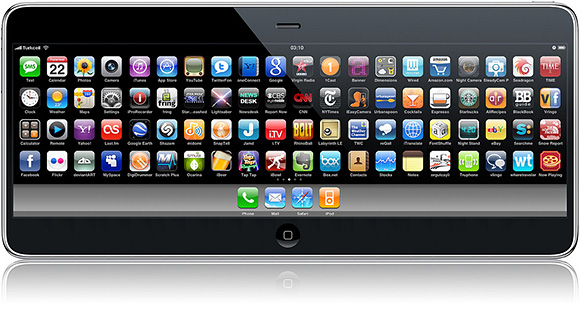 This kind of confirms it - doesn't it?

Saturday March 6, 2021 7:33 am PST by Joe Rossignol
Apple on late Friday evening added a "while supplies last" notice to its iMac Pro product page worldwide, and removed all upgrade options for the computer, leaving only the standard configuration available to order for now. We've since confirmed with Apple that when supplies run out, the iMac Pro will no longer be available whatsoever. Apple says the latest 27-inch iMac introduced in August...
Read Full Article • 307 comments

Saturday March 6, 2021 6:00 am PST by MacRumors Staff
iPhone rumors are heating up, with noted analyst Ming-Chi Kuo this week releasing a wide-ranging report outlining his expectations for the iPhone lineup over the next three years. This week also saw rumors about OLED displays potentially coming to iPad and Mac starting next year, increasing signs of AirTags functionality in iOS 14.5 betas, and more, so check out all of the details below! i...
Read Full Article • 56 comments

Friday March 5, 2021 10:14 pm PST by Eric Slivka
Apple appears to be on the verge of discontinuing the iMac Pro, with the store page for the high-end all-in-one Mac including a "While supplies last" tagline and only the base model with no custom configurations available for purchase. The iMac Pro launched in December 2017, and while there have been a few tweaks to the available configurations over the years, it has received no substantial...
Read Full Article • 141 comments