The Public Staff presented this matter to the Commission at its Regular Staff Conference on May 14, 2012. The Public Staff recommended that the Commission approve the application and issue a certificate of public convenience and necessity for construction of a 20 MW solar photovoltaic electric generating facility to be located at 6028 Startown Road, Maiden, North Carolina.

After careful consideration, the Commission finds good cause to approve the application and issue the attached certificate of public convenience and necessity for the proposed 20 MW solar photovoltaic electric generating facility.

Previous filings with federal regulators have indicated that Apple plans to have the solar farm installed by November 1, with operation to begin by December 21. 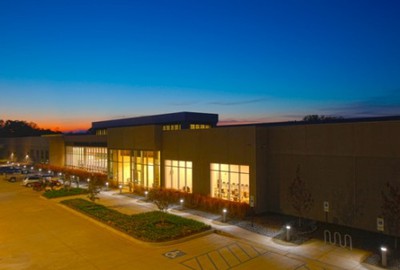 Apple signaled its intentions to build a data center at the site last October, moving to clear and grade the land as it sought approval for the project. The company publicly unveiled its plans back in February, noting that the facility will be the largest user-owned solar array in the United States. A separate 5-megawatt fuel cell facility is also under development at the site and is proceeding through a parallel regulatory approval process.

The official proposal was filed with the North Carolina Utilities Commission on February 15, and was subjected to staff review of the plans, a public notice and comment period, and input from the State Clearinghouse on environmental and other issues. With that information in hand, the Commission offered its official approval this past Monday and finalized the certificate issuance today.

basesloaded190
And yet, Greenpeace will find something to complain about with this.
Score: 11 Votes (Like | Disagree)

with operation to begin by December 21.

iZac
Great news that Apple are paving the way for responsible electrical generation!

Does anyone else find it amusing that a Solar farm is to begin operations on December 21st ... Winter Solstice - the shortest day of the year?
Score: 6 Votes (Like | Disagree)

azentropy
New marketing slogan: Apple where clouds are powered by the sun.
Score: 5 Votes (Like | Disagree)

Dr McKay
Needs to be 1.21 Giggawatts.
Score: 5 Votes (Like | Disagree)
Read All Comments

Tuesday May 11, 2021 11:56 am PDT by Joe Rossignol
Last month, Apple introduced a new iPad Pro with the same M1 chip found in the latest Macs, and early benchmark results indicate that the M1 iPad Pro is over 50% faster than the previous-generation iPad Pro. Based on five legitimate Geekbench 5 results (here's the fifth) for the fifth-generation 12.9-inch iPad Pro with the M1 chip, the device has average single-core and multi-core scores of...
Read Full Article • 321 comments