Unreleased 2012 MacBook Pro and iMac Models Showing Up in Benchmarks

As noted in our forums, two new benchmark results appearing in Geekbench's database within the past few days are sparking discussion about imminent upgrades to Apple's MacBook Pro and iMac lines.

The first item of interest is a MacBookPro9,1 entry, which would correspond to an unreleased MacBook Pro model of unknown size coming as a successor to the current MacBookPro8,x line. While such results can be faked, the result in question is consistent with what is known or assumed about the forthcoming models.

The unreleased system carries a benchmark of 12,262, compared to scores in the range of 10,500 for the corresponding current MacBook Pro processor, the Core i7-2860QM.

The motherboard identifier included with the new entry corresponds to one of several unreleased Mac configurations identified in the first OS X Mountain Lion developer preview back in February. In addition, the Geekbench result lists the test machine as running OS X Mountain Lion build 12A211, which would be newer than the 12A193i build seeded to developers on May 2.

On the iMac side is a new iMac13,2 entry, which would appear to correspond to a new 27-inch iMac model. The machine is listed as running an Intel Ivy Bridge Core i7-3770 quad-core processor running at 3.4 GHz, which would correspond to a relatively high-end option in a new model. The system carries a benchmark of 12,183, only slightly higher than typical scores in the range of 11,500 for current iMac models using the top-of-the-line Core i7-2600 processor.

Like the MacBookPro9,1, this iMac13,2 carries a motherboard identifier first seen in the initial OS X Mountain Lion developer preview back in February. The machine used for benchmarking is listed as running build 10A2040 of OS X Mountain Lion, and while a four-digit suffix on the build number is somewhat unusual for OS X, such patterns have been observed in special builds in the past.

Such pre-mature benchmarks have shown up in Geekbench's database prior to new hardware launches from Apple in the past. Consequently, it is feasible that these results do represent genuine machines due for launch in the near future.

Hitchophilia
Disappointing that the iMac scores slightly lower than the equivalent laptop.
Score: 43 Votes (Like | Disagree)

I don't see new Macs launching without Mountain Lion much like how Lion held back the release of the MacBook Air last year.


The iMac released in May last year. They didn't wait for Lion.
Score: 32 Votes (Like | Disagree) 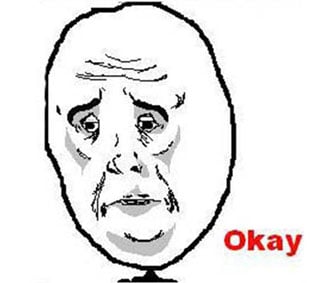 ts1973
At last some Mac news instead of iToys !

The "relatively poor" result for the iMac seems to be memory related (cpu scores are higher than MBP), so maybe a result from only 4Gb on board ?
Score: 23 Votes (Like | Disagree)
Read All Comments