The iPhone production line is at the new Foxconn Zhengzhou Technology Park, which employs 120,000 people, Carolyn Wu, a Beijing-based Apple spokeswoman, said in an e-mail today. She didn’t provide other details on Cook’s visit or say how much longer he’ll be in China after having held high-level talks in Beijing earlier this week. 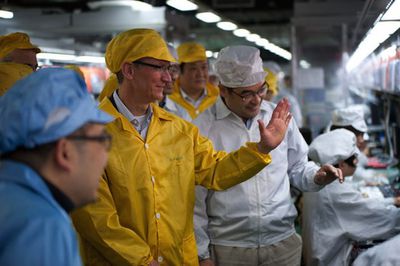 Apple CEO Tim Cook tours Foxconn's new iPhone production line in Zhengzhou, China (Source: Apple)
China is a key location for Apple for a number of reasons, including its role in manufacturing and assembly, a desire to focus on expansion in the market there, and intellectual property issues. Cook's trip appears to be addressing most of these aspects, demonstrating continued concern over working conditions in its manufacturing partners' plants while also working to build relationships with key political and business figures in the country.
Tag: Tim Cook
[ 72 comments ]

whooleytoo
He certainly seems to be making his own mark as CEO - rather than being lost in Jobs' shadow - good to see.
Score: 33 Votes (Like | Disagree) 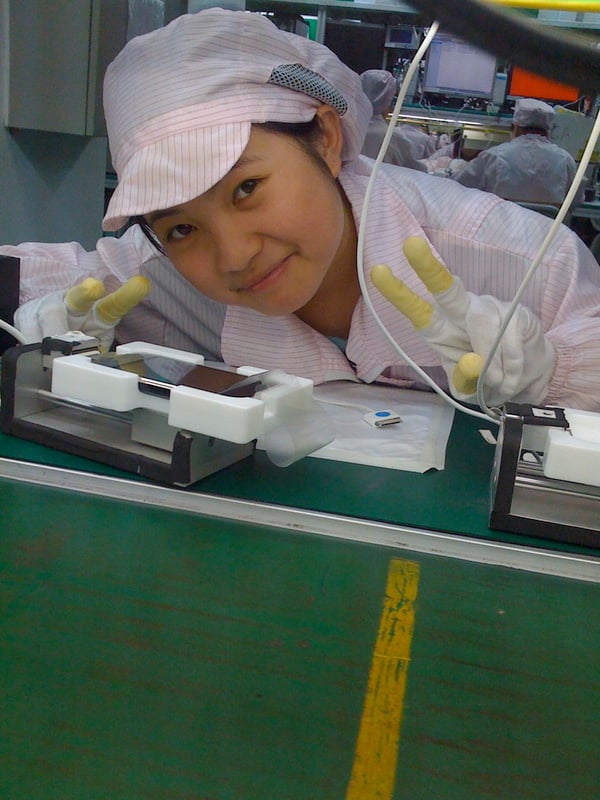 LaWally
Since he is now the public face of Apple, it's good to see him out and about. He seems just as ready to meet with premiers and executives as he does with customers and those on the manufacturing line.
Score: 18 Votes (Like | Disagree)

I would love to see one of them pull a regular 12 hour shift if that place.


You can be sure that Cook's workday is always a lot longer than 12 hours, and a heck of a lot more stressful.
Score: 15 Votes (Like | Disagree)

Im willing to bet the yellow denotes him as being a person of importance. So when the employees see the amount of yellow they understand the significance of the person. Look at the other behind that just have a yellow hat and/or collar.

Yellow, corresponding with earth, is considered the most beautiful color. The Chinese saying, Yellow generates Yin and Yang, implies that yellow is the center of everything. Associated with but ranked above brown, yellow signifies neutrality and good luck. Yellow is sometimes paired with red in place of gold.

Yellow was the color of Imperial China and is held as the symbolic color of the five legendary emperors of ancient China. Yellow often decorates royal palaces, altars and temples, and the color was used in the robes and attire of the emperors.

Yellow also represents freedom from worldly cares and is thus esteemed in Buddhism. Monks’ garments are yellow, as are elements of Buddhist temples. Yellow is also used as a mourning color for Chinese Buddhists.
Score: 11 Votes (Like | Disagree)

dlastmango
Im willing to bet the yellow denotes him as being a person of importance. So when the employees see the amount of yellow they understand the significance of the person. Look at the other behind that just have a yellow hat and/or collar.