9to5Mac reports that reliable source Mr. X has revealed part numbers for at least some models of the iPad 3 as well as an updated Apple TV set-top box. 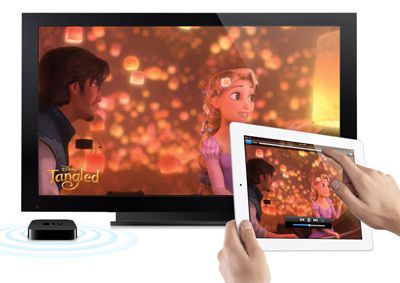 According to the report, Apple is releasing three different variants of the new iPad, going by code names J1, J2, and J2a, with the presumption being that J1 corresponds to a Wi-Fi only model while the J2 variants correspond to models with cellular data capabilities. The part numbers also include reference to the J33 product that had previously been identified as a new Apple TV.

The report indicates that iPad 3 shipments are indeed already making their way around the world in advance of the device's introduction, suggesting that customers should see availability come relatively quickly after the media event.

Speculation based on the part numbers suggest that the J1 variant (presumably the Wi-Fi only models) may come in only one color at launch. Part numbers are also showing a mystery "B82" product launching alongside the new iPads and Apple TV. It is unclear what that product is, but is likely to be a new accessory of some sort.

Apple is expected to introduce the iPad 3 at a media event rumored for March 7, while we have believed for some time that the upgraded iPad 3 would pave the way for an update to the Apple TV and higher-resolution iTunes Store content.

Update: Three more part numbers corresponding to the "J1" iPad 3 have been added:

lifeinhd
To be honest, I kind expected Apple TV 3 at the same time. Makes sense to advertise/sell them together, with 1080p capabilities and AirPlay :D
Score: 9 Votes (Like | Disagree)

Winter Charm
Wow. I'm super excited for the new Apple TV - in combination with MLion and Airplay on all my iDevices and whatever else Cupertino has cooked up for us, I'm sure it will be absolutely awesome :)

Cynicalone
Only 1 color of wi-fi model? That will cause some bitching.

MRU
I hope ATV has more new feature than just 1080p support (my broadband barely supports 720p ;) ) such as more storage and application support for some select apps that would be suited to the device (bbc iPlayer, sky news etc).

Either way, bring on the good stuff. It's gonna be an expensive March :)
Score: 6 Votes (Like | Disagree)

Frankied22
Hopefully they will finally bring Hulu Plus and HBO GO to Apple TV...
Score: 5 Votes (Like | Disagree)
Read All Comments