In his biography, Steve Jobs was so infuriated by Android's similarities to the iPhone that he swore to spend all the money Apple had in the bank to defeat the platform. Newsweek columnist Dan Lyons passes along a rumor that Apple has spent $100 million in legal fees on just its first set of claims against HTC.

Who knows if it’s true, but if so, Apple didn’t get a lot for its money.

[Against HTC,] Apple started out with 10 patents — presumably its best ones — and ended up with a tiny victory on just one. Was that worth $100 million?

Apple certainly can afford the legal fees, and shows no sign of letting up.

HTC has two claims pending against Apple with the ITC as well, the first one due for a decision next month and the second in April 2013. And then there are other claims, all over the world, against HTC, Samsung and Motorola.

But, Lyons notes, HTC, Samsung and Motorola are all countersuing Apple with their own patent claims and Apple already lost a major lawsuit to Nokia and had to pay the Finnish company not insignificant royalties its own patent infringement.

Apple has hired some of the best -- and most expensive -- patent litigators in the world and, after several years of legal wrangling (and many more to come), doesn't have much to show for it.

Lyons points out that whether the $100 million figure is accurate doesn't really matter. Apple and all the other cell makers are simply jockeying for position and trying to gain leverage for what is likely an inevitable legal settlement. "In that sense, whatever Apple is spending on legal fees is probably money well spent," notes Lyons.

Tomorrow, Apple will announce the most recent quarter's additions to its cash pile, which totaled more than $80 billion three months ago. Apple can easily afford many more years of massive legal bills.

rdowns
Sigh, I remember a time when tripe like this would never make it to MR. Seriously, a story about Apple's $100M fees where the number is made up by a 'journalist' and the story quotes the 'journalist' saying 'whether the $100 million figure is accurate doesn't really matter'.
Score: 21 Votes (Like | Disagree)

Half the stuff that ends up on the front page wouldn't have made page 2, when I started reading the site.


...probably because back then MacRumours had stories about Apple Macs, it wasn't "all Itoys all the time". ;)
Score: 15 Votes (Like | Disagree)

gpat
Can you imagine a world without lawyers? 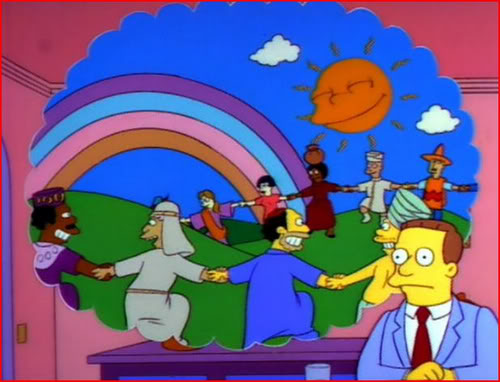 Sigh, I remember a time when tripe like this would never make it to MR. Seriously, a story about Apple's $100M fees where the number is made up by a 'journalist' and the story quotes the 'journalist' saying 'whether the $100 million figure is accurate doesn't really matter'.


Half the stuff that ends up on the front page wouldn't have made page 2, when I started reading the site.
Score: 13 Votes (Like | Disagree)

If Nokia felt their case was worth significant damage they would have not offered any terms of agreement to settle, never mind accept them.

Not to mention Apple stipulated in that case that they were already willing to pay standard licensing terms to Nokia anyway - the same amount that other vendors would. *The case was over unfair licensing terms.

You have to check better the facts, reality was just the contrary.

This money could have been donated to charity. Totally lame.


Just stop with that stuff.
Score: 9 Votes (Like | Disagree)
Read All Comments

Sunday August 1, 2021 6:21 am PDT by Sami Fathi
Models of the Apple Watch Series 6 with titanium cases part of the "Apple Watch Edition" collection is currently widely unavailable for pick-up in several of Apple's retail stores in the United States and is unavailable entirely for delivery in major markets. Noted by Bloomberg's Mark Gurman in the latest edition of his "Power On" newsletter, titanium models of the Apple Watch Series 6,...
Read Full Article • 141 comments