Taiwanese publication Digitimes, which gained some notice late last week for its claim that Apple is preparing the iPad 3 for a March release ahead of an "iPad 4" launch just six months later, is adding additional color to its rumors with a new report claiming that Pegatron is set to become Apple's primary manufacturing partner for the iPad. Pegatron, which was rumored as long as six months ago to be ramping up as an iPad manufacturer, would displace Foxconn in that role.

Pegatron Technology has reportedly already landed a small volume of orders for the upcoming "iPad 3" (generally called by supply chain players), which is set to launch in March, while the company is expected to see a significant increase in its orders for Apple's "iPad 4," which is scheduled to launch in October, with an initial volume of about 7-10 million units, according to sources from the upstream supply chain. Pegatron did not comment on the report at the time of publication.

Digitimes has in the past offered accurate information from Apple's supply chain, but its reliability has more recently come into question with some unlikely and/or incorrect claims. 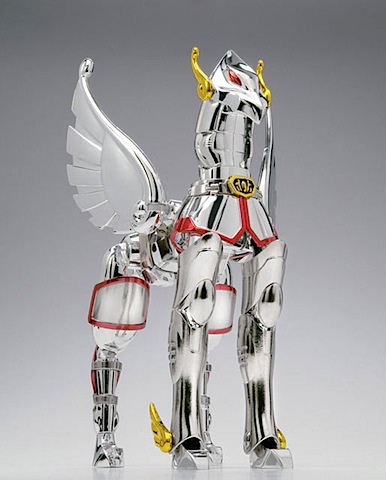 Unggoy Murderer
I would like to think that Apple would not release a new model so quickly. If the iPad 3 has a Retina display, I'll be purchasing it, but I would be fairly disappointed if Apple went and released a new model again 6 months later. 10-12 months is a pretty healthy cycle, it's worked so far for the iPhone.
Score: 2 Votes (Like | Disagree)


Digitimes has in the past offered accurate information from Apple's supply chain, but its reliability has more recently come into question with some unlikely and/or incorrect claims.

Wednesday August 12, 2020 7:55 am PDT by Joe Rossignol
China will no longer be the world's manufacturing epicenter going forward, according to Apple's largest supply chain partner Foxconn, which has been gradually expanding its operations in other countries amid the U.S.-China trade war. "No matter if it's India, Southeast Asia or the Americas, there will be a manufacturing ecosystem in each," said Foxconn chairman Young Liu, according to Bloombe...
Read Full Article • 113 comments

Wednesday August 12, 2020 4:31 pm PDT by Juli Clover
Apple last month confirmed that this year's iPhone 12 models will launch outside of their normal September timeframe and will be "available a few weeks later," which has led to speculation about when an event might be held. Leaker Jon Prosser, who sometimes shares accurate knowledge of Apple's plans, today said that Apple will hold its iPhone 12 event during the week of October 12, with...
Read Full Article • 184 comments

Saturday August 8, 2020 11:09 am PDT by Hartley Charlton
Apple is taking legal action against the developers of the app "Prepear" due to its logo, according to iPhone in Canada. Prepear is an app that helps users discover recipes, plan meals, make lists, and arrange grocery deliveries. The app is a spinoff of "Super Healthy Kids," and the founders claim that they are facing litigation from Apple. Apple reportedly takes issue with Prepear's logo, ...
Read Full Article • 544 comments

Thursday August 13, 2020 3:41 am PDT by Hartley Charlton
Apple will launch a new range of subscription service bundles called "Apple One" as soon as October, according to a new report by Bloomberg's Mark Gurman. The series of bundles would allow customers to subscribe to several Apple digital services together. This is expected to result in a lower monthly price than when the services are subscribed to individually. Bloomberg reports that the...
Read Full Article • 159 comments

Wednesday August 12, 2020 1:31 pm PDT by Juli Clover
Apple today released iOS and iPadOS 13.6.1, minor updates that come a month after the release of the iOS 13.6 update with Car Keys and Audio Apple News+ stories. The iOS and ‌iPadOS‌ 13.6.1 updates are available on all eligible devices over-the-air in the Settings app. To access the updates, go to Settings > General > Software Update. iOS 13.6.1 addresses an issue that could cause...
Read Full Article • 70 comments

Thursday August 13, 2020 11:58 am PDT by Juli Clover
Just hours after Epic Games introduced a new direct payment option for Fortnite that skirts Apple's in-app purchase rules, Apple has pulled the Fortnite app from the App Store. Fortnite is no longer available for download on the iPhone or the iPad, and Apple provided a statement to MacRumors on Fortnite's removal:Today, Epic Games took the unfortunate step of violating the App Store...
Read Full Article • 644 comments

Wednesday August 12, 2020 1:20 pm PDT by Juli Clover
Apple today released a supplemental update for macOS Catalina 10.15.6, with the update coming a month after the original launch of macOS Catalina 10.15.6. The ‌‌macOS Catalina‌‌ 10.15.6 Supplemental Update can be downloaded from the Mac App Store using the Update feature in the System Preferences app. According to Apple's release notes, the update fixes a problem that could cause...
Read Full Article • 95 comments