There have been an increasing number of rumors about the next generation iPad which is expected to launch sometime in early 2012. Digitimes is the source for many of these reports, but some of the claims are becoming increasingly questionable.

The latest report from the publication now claims that Apple will unveil its next generation iPad at the Macworld|iWorld conference on January 26th, 2012.

Aside from a surprise Apple return to Macworld|iWorld, Digitimes also reports that the new iPads will keep 9.7" screens, carry 1536x2048 Retina Displays, A6 processors, 5-megapixel and 8-megapixel cameras, and over double the battery capacity (6500mAH -> 14,000mAH) for the higher end model.

The two new models are described as targetting the mid-range and high-end segments.

Digitimes has a bit of mixed record on Apple rumors with our internal tracking putting their accuracy at 55%. Examining the rumor more closely, this isn't the first time that a high end or "HD" iPad has been suggested. ThisIsMyNext suggested this possibility back in July. At the time, this "iPad HD" was described as a "pro" device aimed at video and photo professionals. While Apple is widely expected to introduce an Retina-display iPad at some point in 2012, the most recent prevailing rumors have not been suggesting that Apple would split the iPad line into mid and high range models.

High end iPad questions aside, the other even harder-to-believe claim from Digitimes is the launch of any new device at the Macworld|iWorld conference. Apple officially withdrew from Macworld in December 2008, and Apple's last official presence at the show was in January 2009. Apple had said at the time that trade shows were becoming a very minor part of Apple's overall strategy. They company has been able to successfully launch products on their own timetable by simply holding their own media events with a single week's notice.

Macworld has continued on with Apple's absence, but with a smaller presence than before. This year, the conference was rebranded to Macworld|iWorld, reflecting the increasing importance of the iOS ecosystem.

gorskiegangsta
They had me until...

FYI, the 17" Macbook Pros have 9,000 mAh batteries, which themselves are 2x thicker than an iPad. Unless there has been a battery technology breakthrough of which we haven't been notified, the report holds zero credibility.
Score: 17 Votes (Like | Disagree)

pewra
14 Ah battery seems dubious, to say the least. I doubt that energy density is even possible with current technology.

To put that in perspective:
• you would need to charge the thing for 28 hours on a standard 2.5W USB port
• if you ran an iPhone off the same battery, you'd get somewhere close to 6 days of continuous talk time
• it is 130 times the capacity of the 6th generation nano's battery, if you had this battery in the nano, you'd get close to 133 days of playback time.

MacDarcy
A couple of days ago, the rumor was that the iPad 3 was going to be released in February for Steve Jobs birthday....now its January for iWorld?

I call BS on both rumors, and think the ipad 3 will in fact be released in March as were the previous 2 iPads versions. 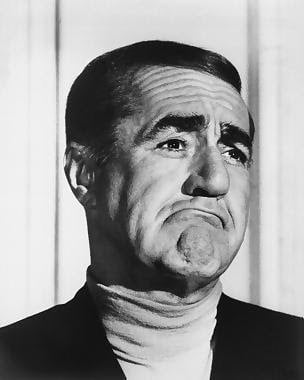 50% accuracy is no better than guessing.


If you could throw a dice and tell me 50% of the time which number was going to come up I'd be impressed.
Score: 3 Votes (Like | Disagree)
Read All Comments