Apple to Launch 'iPad HD' This Fall Alongside Pro Apps?

Thursday July 7, 2011 10:57 am PDT by Eric Slivka
This is my next... adds some additional color to recent reports of a higher-resolution iPad set for launch later this year, claiming that the new "iPad HD" device will be sold alongside the existing iPad 2 and will target professional users in the video or photo industries. Apple is also said to be planning to debut iPad versions of at least one its pro-level apps such as Final Cut Pro or Aperture alongside the iPad HD.

Our sources are saying that not only will there be a newly designed iPhone coming in the fall, but there is going to be a new entry into the iPad family as well. As hard as it might be to believe, the new tablet is said to sport a double resolution screen (2048 x 1536), and will be dubbed the "iPad HD." The idea behind the product is apparently that it will be a "pro" device aimed at a higher end market - folks who work in video and photo production possibly - and will be introduced alongside something like an iPad version of Final Cut or Aperture. This product is specifically said to not be the iPad 3, rather a complimentary piece of the iPad 2 line. Think MacBook and MacBook Pro.

The report also goes on to try to clear up some of the confusion surrounding the next-generation iPhone and whether it will be a complete redesign or simply a minor tweak to the existing iPhone 4 that has come to be informally known as the "iPhone 4S". 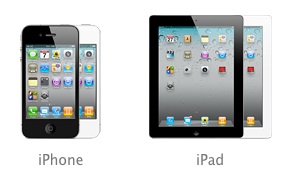 According to the report's sources, Apple is indeed planning a smaller and lighter design for the iPhone 5, but has also been testing those components within iPhone 4 enclosures, leading to the confusion over the company's plans.

Simply put, as the iPhone 5 components are built for a smaller and lighter device, they can be easily fit into a casing which for all intents and purposes looks identical to an iPhone 4... and that's exactly what Apple has been doing. Our sources tell us that the company has been testing the new components in old iPhone cases, for obvious reasons.

The current iPhone 4 design is said to have fallen "out of favor" with Apple executives, leading to the substantial efforts to introduce a redesigned form factor only a little over a year after the iPhone 4's debut.

iDemiurge
Ahhhh! So that explains why the launch of FCPX was a mess. They ported it to the wrong platform...
Rating: 46 Votes

longofest
I'm not sure how much I believe Joshua Topolsky rumors. He has been pretty inaccurate in the past.

Also, the believability that Apple is making a professional-aimed iPad is somewhat questionable right now, as it really seems like everything Apple is doing is moving towards Consumer and Prosumer and away from Professionals.
Rating: 29 Votes

Might as well say iPad now in COLOR
Rating: 25 Votes


And what's with "3D" toothpaste? I'm going to go find the marketing team of Crest and kick them all in the face.
Rating: 12 Votes

cxny
(iPhone 4) fallen "out of favor" with Apple executives...

maybe fallen out of their pockets and smashed too many times...
Rating: 12 Votes

Moyank24
It's only going to get worse as the months drag along. Every day there will be crazy, conflicting rumors. I haven't figured out yet if I'm amused or annoyed at this point.
Rating: 10 Votes

ratzzo
iPhone 4 'out of favor'? Madmen, they don't appreciate the beauty of their own creations!

Also, I think all these iPad HD versions are nonsense. There will just be an iPad 3, whose main feature will be a retina display just like the iPhone.
Rating: 10 Votes

iPhone 4 'out of favor'? Madmen, they don't appreciate the beauty of their own creations!


If you will remember, the iPhone 4 development was lead by Mark Papermaster, who left the company. Could be some desire by top management to get rid of his product.
Rating: 8 Votes

The current iPhone 4 design is said to have fallen "out of favor" with Apple executives, leading to the substantial efforts to introduce a redesigned form factor only a little over a year after the iPhone 4's debut.

Not a surprise and exactly why I think the iPhone 5 will be a redesign. With all the antenna business, I'd think Apple would want to move on.

Re the Pro apps, as we've seen with FCPX, 'Pro' means nothing.
Rating: 8 Votes

Apple Expert
It's funny how people are making fun of this new "Pro" model. I bet you will all purchase it anyways. :rolleyes:
Rating: 7 Votes