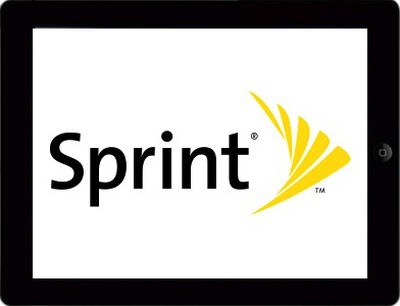 iOS 5.1 Beta SDK reveals a never seen before iPad product id, according to 9to5Mac. The new product id is "iPad2,4", suggesting a minor variant of the current iPad 2 line.

The current iPad carries the following number designations, which show differences based on the type of cellular antenna, if any:

Naturally, "iPad2,4" could represent a Sprint supporting variant of the iPad 2 that has been previously rumored. Apple was reportedly considering a Sprint iPad launch before the holidays, though it seems less likely at this late date.

At this stage, it's not clear if and when Apple might introduce such a model or wait until the iPad 3 launches to introduce Sprint compatibility.

Consultant
To be expected due to Sprint iPhone 4S.

Does anyone even buy Sprint's iPhone?

wickoo
More likely a CDMA&GSM version, like the 4S. A separate version for sprint just doesn't make much sense.
Score: 6 Votes (Like | Disagree)

BruiserB
Couldn't a Sprint version use the same identifier as the Verizon one since they are both CDMA? Are there separate ones for Sprint and Verizon iPhone 4S's?
Score: 6 Votes (Like | Disagree)

BraveArts
That's interesting. What are the product codes for iPads outside the US then?
If each carrier has a distinctive code I'm intrigued now how the iOS differentiates the iPads elsewhere. Riddle me this, Batman!
Score: 5 Votes (Like | Disagree)

Couldn't a Sprint version use the same identifier as the Verizon one since they are both CDMA? Are there separate ones for Sprint and Verizon iPhone 4S's?


The iPhone 4s seems to be same model for sprint and verizon though the previous rumor suggested that sprint ipad model could be different.

I guess it could also represent another strange carrier variant - like china.

Abyssgh0st
Given how little Apple seems to care about Sprint, I could totally see it just appearing one day.
Score: 3 Votes (Like | Disagree)
Read All Comments