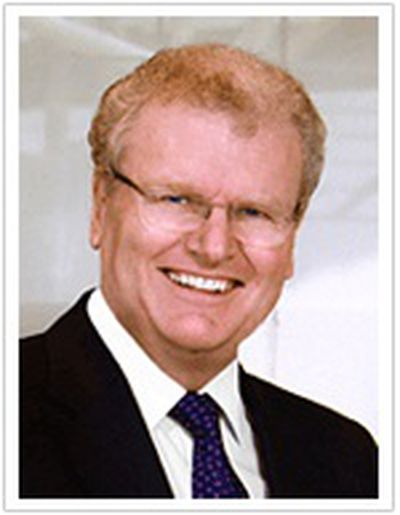 Much has been made of Steve Jobs' revelation in his authorized biography about having "cracked" how to develop a revolutionary interface for an integrated television set, a disclosure that has led to claims of Apple working to launch a Siri-enabled television set by 2013.

The Wall Street Journal takes a look at how seriously Sony is taking the Apple threat, sharing comments from Sony CEO Howard Stringer about the strategies the company is seeking to employ, beginning with a "platform" spanning all the way from mobile devices to television sets.

Sony has a "four screen" strategy of offering network services on mobile phones, tablet computers, personal computers and TV sets. "I spent the last five years building a platform so I can compete against Steve Jobs," Mr. Stringer said. "It's finished, and it's launching now."

Stringer also claims that Sony has some ideas about a "different kind of TV set" that it has been working on as it seeks to beat Apple to the punch.

Mr. Stringer declined to discuss details of what Sony has on the drawing board, but said, "There's a tremendous amount of R&D going into a different kind of TV set." He added that he has "no doubt" Apple's late leader Steve Jobs also was working on changing the traditional TV set.

"That's what we're all looking for," said Mr. Stringer. "We can't continue selling TV sets [the way we have been]. Every TV set we all make loses money."

Stringer touches on several other topics in his interview, including an admission that Sony failed to realize how difficult it would be to get content providers to sign on to provide 3-D programming, a reluctance that has significantly slowed adoption of the technology. Stringer also briefly mentions the iPhone and his belief that other platforms will match the iOS experience, but that those platforms will need to adopt the seamless experience Apple has championed for its "well organized" devices and ecosystem.

Always keeping their numbers easy and simple to remember.

Yeah, Nokia, a company producing phones for 30 years will surely lose to Apple iPhone sales that are just starting out.

You can fill that "Nokia" space in with any number of the old guard names. Motorola, Microsoft, Palm, you name it. Do the same for tablets.

Sanjay Jha in 2007: "But is Apple ready for us?" Yeah, they nearly killed your business. Ask Ballmer what Apple did to Windows Mobile. Apple left a path of destruction in their wake. As for tablets, Apple blew the pre-2010 market into oblivion. We had tablets in the past. Look at tablets post January 2010.

Never underestimate Apple in a new market. Anyone that puts User Experience first and has the ecosystem to back it up has a more than even chance of shaking things up.

Sony makes the hardware. So what. Sony is Panasonic is LG is Samsung. You can barely tell them apart. It's all just specs. 120 Hz MontionFlow vs. the other guy's 120hz MotionCinemaX+. LOL. One is slightly smoother than the other, but the other does SD content better, but this one has internet connectivity, yes and so does the other, but this guy's remote is easier, etc. Same ****. Six of one, a half dozen of the other.

The "Apple implementation" usually tends to change the game, especially when it's about synergy between hardware+software.
Score: 24 Votes (Like | Disagree)

Palm CEO in 2006 regarding Apple iPhone:

3 years after the iPhone was released, Palm was basically finished. Sold to HP.
Score: 16 Votes (Like | Disagree)


Who, Apple or Sony?

We are still waiting to see anything that's revolutionary from any company in regards to the TV market.
Score: 16 Votes (Like | Disagree)
Read All Comments