Apple is definitely building a television set, according to Nick Bilton of the New York Times. The TV, which will include extensive voice control courtesy of Siri, could be announced as soon as late 2012 with a consumer release in 2013. Bilton quotes anonymous sources saying that an Apple television is a "guaranteed product for Apple" because "Steve thinks the industry is totally broken", which is echoed by passages in Steve Jobs' biography. 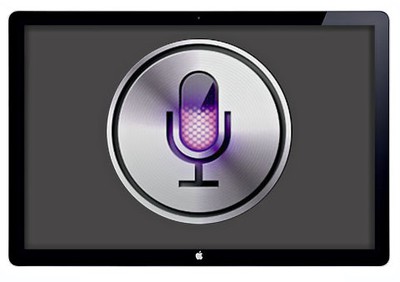 Bilton says the project has been in the works for years, perhaps as far back as 2007 (the year the iPhone launched and the company launched the Apple TV set-top box. As far as controlling the new set:

It’s the stuff of science fiction. You sit on your couch and rather than fumble with several remotes or use hand gestures, you simply talk: “Put on the last episode of Gossip Girl.” “Play the local news headlines.” “Play some Coldplay music videos.” Siri does the rest.

Of course this experience goes beyond just playing TV shows or the local news. As the line between television programming and Web content continues to erode, a Siri-powered television would become more necessary. You aren’t going to want to flip through file folders or baskets of content, checking off what you want. Telling Siri to “play videos of cute cats falling asleep” would return an endless YouTube stream of adorable napping fur balls.

Bilton firmly believes the television is coming, but says the company "still has quite a bit of work to do on the project", citing the physical design of the TV in particular. He also cites the expense of the display itself, though those prices are falling rapidly.

In a bid to set aside the speculation about if an Apple television is in the works, the piece finishes simply, "it is coming though. It’s not a matter of if, it’s a matter of when."

netnothing
"Siri, show me something on TV that doesn't suck"

Sounds pretty cool, but you would need a bluetooth headset for it to work I would think.


Just the addition of a mic on the remote control would work better than a clumsy headset :p
Score: 30 Votes (Like | Disagree)

diamond.g
Hope they add it user recognition. It would suck to have my child interrupt my channel changing experience...
Score: 25 Votes (Like | Disagree)

Sounds pretty cool, but you would need a bluetooth headset for it to work I would think.

Microphone in the TV. I talk to my Xbox using kinect, no headset. It's doable.

Just the addition of a mic on the remote control would work better than a clumsy headset :p

Saturday May 30, 2020 4:00 pm PDT by Eric Slivka
Apple today doubled the price for upgrading the RAM on the entry-level 13-inch MacBook Pro, with customers in the United States now being charged $200 to move from 8GB to 16GB compared to the previous $100 upgrade price. Similar increases are seen in other countries, such as moving from €125 to €250 in Germany and from £100 to £200 in the United Kingdom. Current pricing on RAM upgrade for ...
Read Full Article • 299 comments

Monday June 1, 2020 7:50 am PDT by Joe Rossignol
If you are still hanging on to a Mid 2012 model of the 15-inch MacBook Pro with a Retina display, and require a new battery or other repairs, be sure to book an appointment with a service provider as soon as possible. In an internal memo today, obtained by MacRumors, Apple has indicated that this particular MacBook Pro model will be marked as "obsolete" worldwide on June 30, 2020, just over...
Read Full Article • 157 comments