Steve Jobs on an Apple Television Set: 'I Finally Cracked It'

Friday October 21, 2011 2:08 pm PDT by Eric Slivka
Rumors of an Apple television set have been circulating for years, but the company has repeatedly expressed doubts about the feasibility of entering the market. Steve Jobs himself noted that the current environment of "balkanized" cable operators controlling everything through their own set-top boxes makes it difficult to envision a go-to-market strategy for Apple. 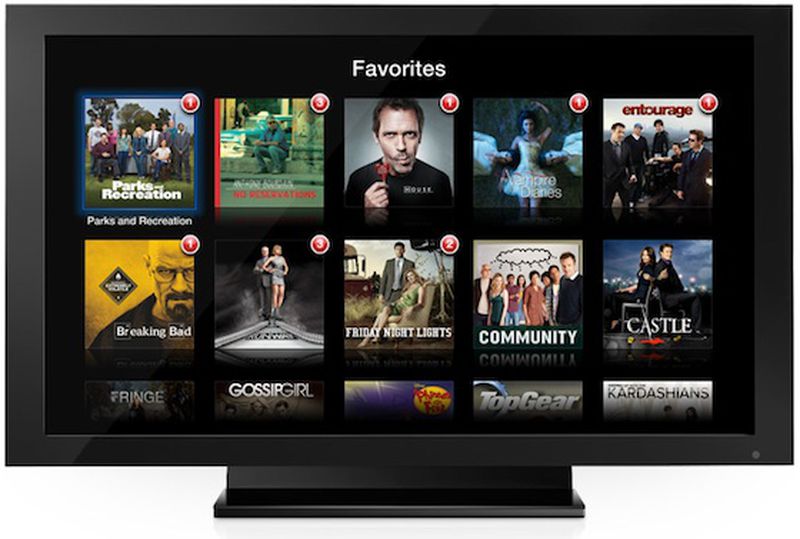 But Walter Isaacson's forthcoming biography of Jobs suggests that Apple may have developed a solution to those ideas, stoking optimism for an Apple-branded television set. Jobs' comments were revealed in an excerpt published by The Washington Post.

“He very much wanted to do for television sets what he had done for computers, music players, and phones: make them simple and elegant,” Isaacson wrote.

Isaacson continued: “‘I’d like to create an integrated television set that is completely easy to use,’ he told me. ‘It would be seamlessly synced with all of your devices and with iCloud.’ No longer would users have to fiddle with complex remotes for DVD players and cable channels. ‘It will have the simplest user interface you could imagine. I finally cracked it.’”

The report notes that it is not clear what Jobs meant by having "cracked" the television problem, but it seems to focus on leveraging Apple's new iCloud service and potentially existing iTunes Store content, all within an easy-to-use television set.

bjett92
By the time the book comes out, I can just piece all these excerpts together and not have to buy a copy!
Rating: 49 Votes

soo....he wanted to make the tv cost about 4 times more than they do now?

kinda hard to imagine people would fork over 4-6k for a tv....then again this is apple, people will give their left nut for it.

thevofl
Why is Fermat's Last Theorem running through my head?
Rating: 20 Votes

NumberNine
I won't even need to read the book when it comes in at this rate. ;)
Rating: 13 Votes

Tee1970
Wonder if it is based on using Siri too? No more remote with a ton of buttons, optional voice interface? Display anything on your ipod/ipad/iphone, imac, icloud, and do everything a regular tv does with broadcast tv....
Rating: 12 Votes

aprofetto8
That's going to be a big box to carry home from the Apple store.
Rating: 9 Votes

Northgrove
Surprised how open he was about unannounced products and strategies.
Rating: 9 Votes

By the time the book comes out, I can just piece all these excerpts together and not have to buy a copy!