Earlier this month, Sony Pictures acquired the movie rights to Walter Isaacson's authorized biography of Steve Jobs, seeking to adapt the story for the big screen. Sony was viewed as being a good fit for the film, as the studio's Columbia Pictures arm had successfully transitioned the story of Facebook to film with last year's release of The Social Network. 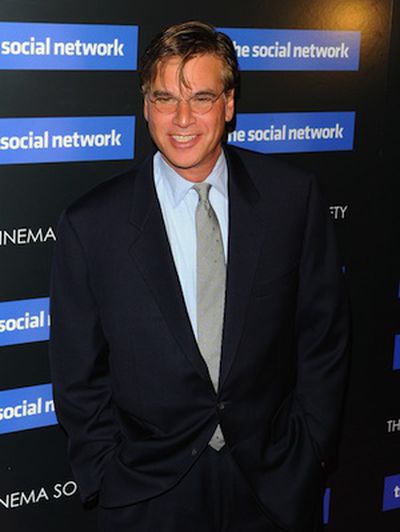 Aaron Sorkin
The writer behind The Social Network was Aaron Sorkin, who also gained fame for his work on A Few Good Men, The West Wing, and most recently Moneyball. And according to The Los Angeles Times, Sony is once again trying to pair up with Sorkin for the Steve Jobs screenplay.

Sony is moving forward with a Steve Jobs movie based on Isaacson's book. And one of the writers being courted by producers to pen his story, according to a person who was briefed on the project but not authorized to speak about it publicly, is Aaron Sorkin, Hollywood's chronicler-in-chief of the complicated visionary.

The "Moneyball" and "Social Network" writer was said by the person to be considering the prospect but had made no decisions. Sony and a Sorkin representative declined to comment on the writer's potential involvement.

Sorkin and Jobs actually did have a bit of history with each other, as Jobs had tried to convince Sorkin to write a film for Pixar, a proposal Sorkin declined because he didn't "think [he could] make inanimate objects talk."

STEVE: Once you make them talk they won’t be inanimate.

ME: The truth is I don’t know how to tell those stories. I have a young kid who loves Pixar movies and she’ll turn cartwheels if I tell her I’m writing one and I don’t want to disappoint her by writing the only bad movie in the history of Pixar.

A timeline for the potential Jobs movie is not yet firmed up, and casting is obviously still a ways off. Former ER star Noah Wyle, who played Jobs in the 1999 made-for-TV film Pirates of Silicon Valley, has expressed interest in reprising the role.

Are you kidding? I would give my eye teeth, in the heartbeat, of a New York minute. There are certain roles you wish you could tackle over and over again. That's one for me.

This is one of those times when I hope everything false into place to make for a great film. And I do hope Noah Wyle gets cast as Jobs again. That would be epic!

On another note, where the hell is Pirates of Silicon Valley on Blu-ray?!?! O_o

Nah, Christian Bale, hands down. He's got the wild eye and soul-searing passion that he brings to the screen. 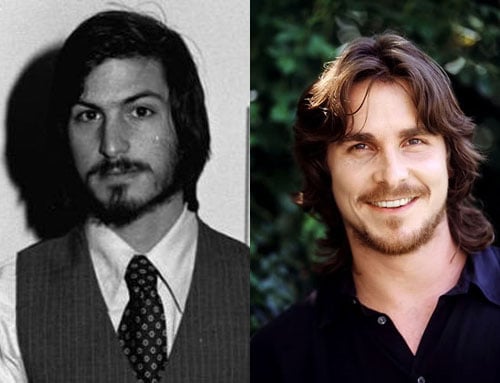 This is one of those times when I hope everything false into place to make for a great film. And I do hope Noah Wyle gets cast as Jobs again. That would be epic!

On another note, where the hell is Pirates of Silicon Valley on Blu-ray?!?! O_o 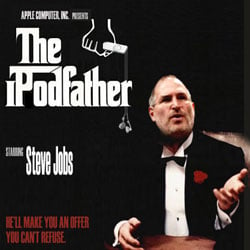 Gangster Movie, about the Apple Family, fighting an undercover war for turf against the Microsoft Family. Starring Jason Statham as Jonathan Ive.
Score: 5 Votes (Like | Disagree)

I dont want to disappoint her by writing the only bad movie in the history of Pixar.

Note to Sorkin:
It's cool if you write a Pixar movie now. With the release of Cars 2, if your Pixar script/movie tanks it won't be the ONLY one.
Score: 5 Votes (Like | Disagree)

jbass
If this movie does move forward, nobody *but* Sorkin should be allowed to write the screenplay.
Score: 5 Votes (Like | Disagree)

How about Woz as Woz
Score: 4 Votes (Like | Disagree)
Read All Comments

Thursday September 29, 2022 12:38 pm PDT by Juli Clover
Tony Blevins, Apple's vice president of procurement, is set to depart the company after he made a crude comment about his profession in a recent TikTok video, reports Bloomberg. Blevins was in a video by TikTok creator Daniel Mac, who was doing a series on the jobs of people he spotted with expensive cars. After seeing Blevins in an expensive Mercedes-Benz SLR McLaren, Mac asked Blevins what ...
Read Full Article • 367 comments