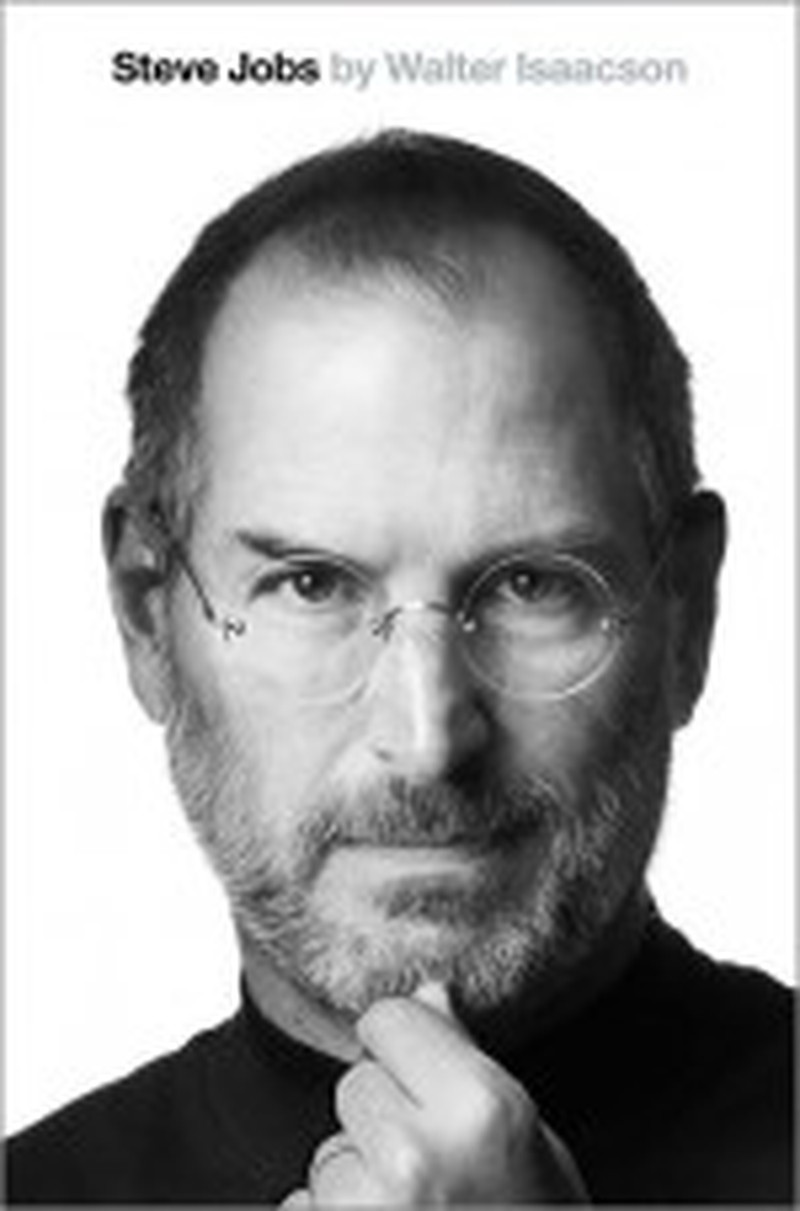 The book is the best-selling book on Amazon.com and is also listed as the top-selling electronic book on the company's Kindle eBook store.

"The way things are trending, it could very likely be our top-selling book of the year," Amazon spokeswoman Brittany Turner said in a statement.

Amazon declined to comment on the split between digital and physical versions of the book, although one analyst suggests that digital sales of best sellers have typically been coming at 50-70% of total sales, suggesting that the digital version of Steve Jobs is likely to outsell the print version for at least the next six months.

Steve Jobs is already ranked #13 on Amazon's list of best sellers for the year on the strength of pre-orders. The book was already highly anticipated before Jobs' death, but immediately shot to the top of Amazon's charts with a sales increase of as much as 40,000% following his October 5th passing.

parapup
It is a great book btw (I am reading on the Kindle - 20% done). If anyone was still undecided - definitely worth reading.

[Edit] Woz comes out as the real hero in the book more than once though. It is unbelievable how much importance Woz's Dad placed on Engineering and how much Woz was into giving away stuff to people for free, helping others etc. Respect.
Score: 17 Votes (Like | Disagree)

silentbob007
The cost of the ebook seems way too high to me ... guess they figure that the reading base for this book will pay it.
Score: 14 Votes (Like | Disagree)

I wished I hadn't bought this book now, I know this is gonna get minus votes in the hundreds. But I really respected Steve, but after seeing what he thought about the other people in the tech world and rival companies,

The TRUTH can be downright painful. Steve told it like it is, and as usual, the man was right. Most of Apple's rivals, to this very day, are slow, flat-footed, unimaginative, and sometimes shockingly so in the face of obvious change.

I don't feel sorry that Jobs slagged on a bunch of nitwits and boring, generic box-makers. It is ridiculously obvious that they were holding consumer tech back, and would still be doing it were it not for Apple.

Screw em. Half of them are just there as OEM-shells, ready to churn out the next plastic button-laden junk-ware to run software that is very nearly as bad.

At least Jobs actually gave a damn about what he was doing.
Score: 11 Votes (Like | Disagree)

I wished I hadn't bought this book now, I know this is gonna get minus votes in the hundreds. But I really respected Steve, but after seeing what he thought about the other people in the tech world and rival companies, he really seemed to be an arrogant, lying, self-loving man.

Im sorry but thats just how I feel about him now.

That's how you know the book is balanced. If it just list all of his positive things, than it's not a true biography of Jobs and the book won't be that good.

Don't assume that Jobs is the only arrogant ass in the whole tech industry, the other people thinks just the same about him.

He is at least being honest here.

What did you respect him for before? The odds are he's still respectable for the things you'll list for respecting him.

Nobody's perfect, and this book points it out, that even the most lovable CEO on the planet has his own demons and is a human being.
Score: 9 Votes (Like | Disagree)

I wished I hadn't bought this book now, I know this is gonna get minus votes in the hundreds. But I really respected Steve, but after seeing what he thought about the other people in the tech world and rival companies, he really seemed to be an arrogant, lying, self-loving man.

Im sorry but thats just how I feel about him now.

He might have been all of those things, but I'm glad that he was open and honest enough to allow this book to be written. If nothing else, it shows that he wasn't always arrogant, lying, and self-loving. He was also in many ways a good person, albeit fallible.
Score: 8 Votes (Like | Disagree)

How is it too high?


But I can buy a physical copy for less than $2 more than the Kindle version on Amazon. I agree there should be a little more of a difference. But I'll still willingly pay $17.
Score: 6 Votes (Like | Disagree)
Read All Comments

Saturday May 30, 2020 4:00 pm PDT by Eric Slivka
Apple today doubled the price for upgrading the RAM on the entry-level 13-inch MacBook Pro, with customers in the United States now being charged $200 to move from 8GB to 16GB compared to the previous $100 upgrade price. Similar increases are seen in other countries, such as moving from €125 to €250 in Germany and from £100 to £200 in the United Kingdom. Current pricing on RAM upgrade for ...
Read Full Article • 249 comments