Impressive Steve Jobs Tribute Made Out of 4001 Post-it Notes 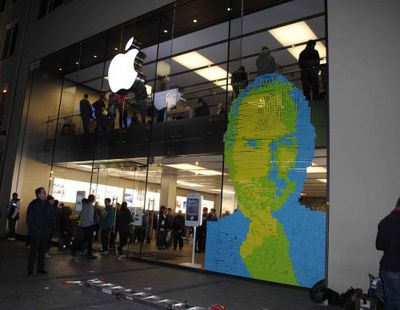 We've all seen the make-shift Steve Jobs memorials found at Apple Retail stores around the world, but one group has taking it to the next level at the Munich, Germany Apple Store.

iOS News reports on the mural that was reportedly created with 4001 Post-it notes. The video shows a timelapse of its creation:

Here's a photo of (we believe) the team who made it:

1. It'll be sad when it has to get taken down

2. How much did the sticky notes cost


I'm just wondering how so many people posting on various tribute threads know what Jobs would think about anything. Unless they were a close friend of Jobs, it seems to me that folks should express THEIR opinions and not tell us what someone else thinks - especially if they do not know that someone personally.

foiden
I've seen that picture before (talking about 1 person dies 100 million cry and stuff) and the connotation is a bit off. Especially when the poster wouldn't have an idea on how many did cry.

Still, it's not about numbers. It's never ever, in life, been about numbers. It's about who you personally know. When something awful happens to a lot of people, if their attention is either brought to it, or it has a personal connection; a lot of people feel sad about it, keep it in mind, and cope. We had a 911, you know. It wasn't a million, but it was over 3000. A lot of people really felt that blow. The Rwanda incident probably also would've had more people crying foul if the media gave it more attention, as well.

Paying a bit of tribute to a person who may be a historical figure, whose business savvy, caused quite a stir in society isn't crying either. Just giving some props. And of course, famous folk will get props, particularly if in life they affected a number of people in such a way they can put a face to it. We all have our geniuses, of the past, who helped bring certain advances to society. Many, still have tribute paid to them.

Don't know why they wanted to wait until Steve Jobs to post such a picture when they could've done so for countless big name folks before him, for which people pay a similar tribute to. I dare the folks who first put that poster together to look at themselves and wonder why they cry more when a close relative dies than when 1 million folks, across the sea, do. I dare them to say they didn't. Having the feeling of knowing someone a bit, does count for something. This is simply human nature.

(And take note, this was directed more at the DJWillie message. Not the post-it pics, which is a pretty dedicated job, if I say so myself)
Score: 6 Votes (Like | Disagree)

mikeyrogers
Someone at the Santa Monica Promenade Apple Store left their own piece of Steve art similar to this. Thought it might be of interest. 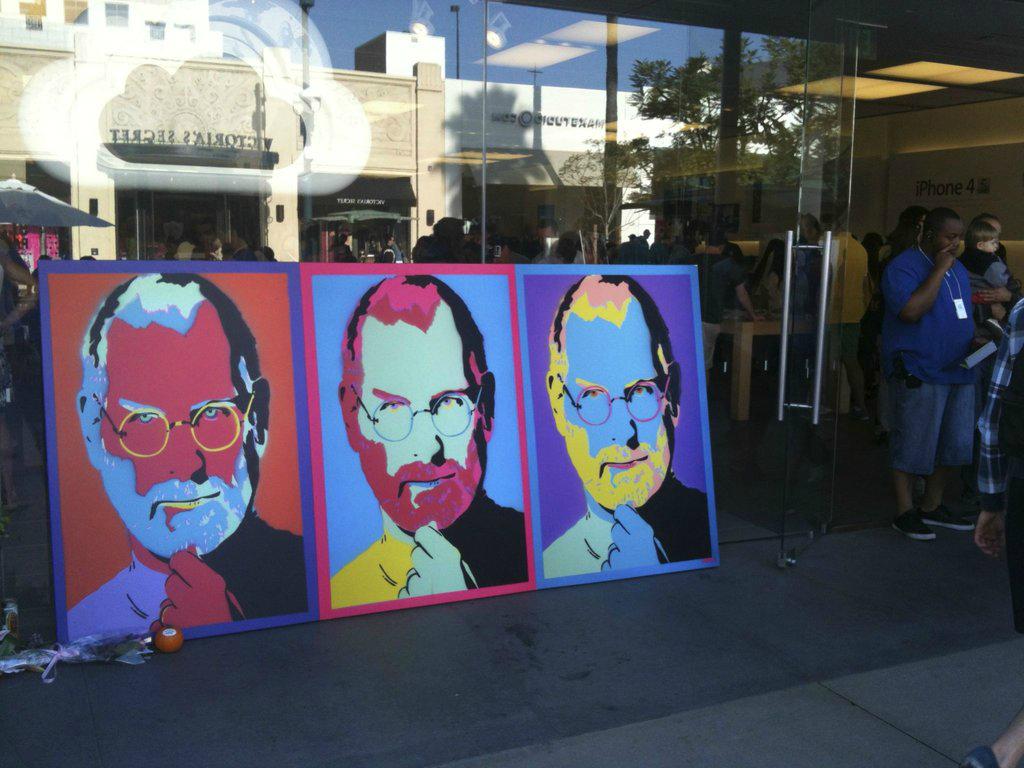 It looks fantastic. The only shame I think is that they missed an opportunity to get people to write a message of condolence on each post-it note before putting them up... That would've been epic.
Score: 5 Votes (Like | Disagree)

Serious props,to the folks that planned it and out it up.

I can only imagine what the store manager thought when he saw them with a ladder that close to all their glass.
Score: 5 Votes (Like | Disagree)
Read All Comments