Earlier this week, Macworld reported that the Sprint iPhone 4S would ship with an unlocked micro-SIM slot allowing users to avoid costly roaming fees when traveling internationally by simply inserting a micro-SIM card from a local GSM carrier. But Sprint later disputed that report, claiming that the iPhone 4S will not be sold unlocked for international use. 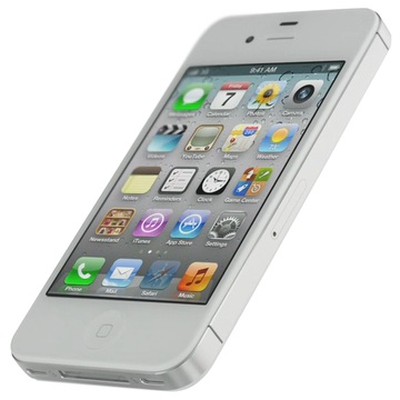 Sprint has now offered further clarification to Macworld, outlining how the carrier will ultimately unlock the micro-SIM slot for customers in good standing but still leaving a number of questions unanswered.

Indeed, the Sprint iPhone 4S will ship with its micro-SIM slot unlocked. However, Sprint now says that it will be locking that slot “shortly after launch” via an update pushed to those devices. After the slot has been locked, Sprint says that it will allow customers in good standing to unlock the SIM for international use in the future.

So far as I can tell, this means that after a short period of the phone shipping completely unlocked, Sprint will revert to a policy more or less in line with Verizon’s. If you are a good customer and pay your bills on time, you can call Sprint and ask the company to unlock your microSIM so you can slip in a foreign, pre-paid SIM.

Sprint and Verizon iPhone 4S models will ship with "roaming SIMs" from the respective carriers, allowing customers to access the networks of their international carrier partners but at the higher roaming prices. But customers who request that the micro-SIM slot be unlocked will be able to remove that card and insert lower-cost local cards when they travel.

Still, Sprint's explanation seems to lack some detail, including the reasons behind the apparently convoluted process of shipping the slots unlocked and then locking them, only to later unlock them upon request for customers in good standing. It is also unclear how Sprint plans to lock the micro-SIM slots and whether users will be able to avoid applying a carrier settings update or other update that would lock them.

andyplace
Apple uses the activation record to control device locking. Every iPhone of a specific model number is created equal at Foxconn, but apple takes the IMEI and other identifiers of a batch of phones and designates them for a certain carrier.
Upon activation, a cryptographically signed plist is sent to the baseband with a list of allowed carriers.
This means that sprint's only method is to wait for devices to sync with iTunes to query activation state or use new OTA-based activation info in iOS5.
Score: 8 Votes (Like | Disagree)

Spanky Deluxe
I don't understand why US carriers are so strict about unlocking. You're tied into a contract anyway! O2 in the UK unlocks your iPhone free of charge on request - a simple web form. Seriously, if you're on a contract, why does it matter to them if you're locked or not?!?
Score: 6 Votes (Like | Disagree)

odedia
A perfect example of why, sometimes, government regulation is a GOOD thing.

In Israel, a recent regulation forces all carriers in the country to unlock a phone for any customer without paying any fees or any other requirements. You simply go to any service center, say you want to unlock your iPhone (for example), and they do it. End of story.
Score: 6 Votes (Like | Disagree)

If Verizon and Sprint will facilitate GSM unlocking of iPhone 4Ss for their customers, it seems to me that they're more valuable than their ATT counterparts. Even though Apple will be selling an unlocked version of the 4S in November, when customers want to resell the phones they received on contract, having them unlocked will make them much more attractive to international eBay buyers and the like.
Score: 5 Votes (Like | Disagree)

Insane pricing and dubious "locked after you buy it unless we deem you arbitrarily somehow to be a good customer or something" policies. Unreal.
Score: 3 Votes (Like | Disagree)

Which is it, Sprint?

I'll tell you what it is. It is pure nonsense. And proof that all carriers are equally bad and consumer-unfriendly.
Score: 3 Votes (Like | Disagree)
Read All Comments