The Indepdent reports that Apple's Covent Garden store in London was the target of an organized smash-and-grab robbery conducted by a group of moped and motorcycle riders last night, and it appears that at least seven vehicles and as many as fourteen individuals were involved.

Police were called at around 1am after one of the store's windows was smashed and a haul of Apple devices, including valuable iPads, was stolen.

It is believed around seven masked raiders riding mopeds and motorcycles were involved in the incident.

All suspects were wearing full face crash helmets and most, if not all of the motorbikes were carrying a pillion passenger, the Met said.

Two individuals, a 16-year-old and a 21-year-old, were later apprehended carrying bags of property believed to have been stolen from the store.

Boarded-up window at Covent Garden retail store (Source: The Next Web)
The Metropolitan Police Service has requested that anyone with information on the robbery please contact law enforcement.
59 comments

Consultant
Appearantly the thiefs don't realize that London is blanked in CCTV.
Score: 10 Votes (Like | Disagree)

Skoua
Too impatient to wait for Oct 12th? :p
Score: 8 Votes (Like | Disagree) 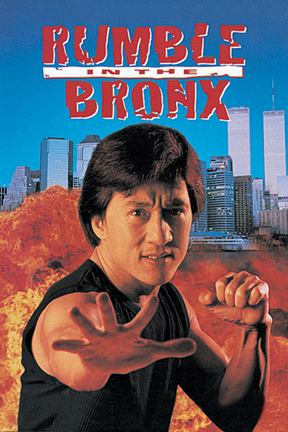 My first thought, 'You think they'd have a more elegant solution in place for boarding up the window.'


Yeah right so when the window company gets a call in the middle of the night to secure some premised do they need to ask if the customer wants flake board or some nice wood panelling? Mahogany or Walnut?
Score: 6 Votes (Like | Disagree)

Eddyisgreat
Guess you could say
*puts on sunglasses*
they wanted some hot products.

Several of the businesses in the local area have been targeted by the same gang in the past couple of months including, The Ray-Ban Store, Chanel, Vision Express and several high profile fashion stores. It appears to be the same gang using the same tactics, and it has been seen in some of the burglaries that they've no problem in harming the security on duty.

This isn't the first in the area and by no means the last, they drove a bike through two 4m high 2 inch thick glass doors and down a staircase in the ray-ban store in August...not cool, hope the cops catch the gits soon!

Tuesday January 26, 2021 7:20 am PST by Joe Rossignol
In its Black History Month announcement this morning, Apple has confirmed that iOS 14.4 and watchOS 7.3 will be released later today. watchOS 7.3 expands the ECG app on the Apple Watch Series 4 and newer to Japan, Mayotte, Thailand, and the Philippines, while iOS 14.4 introduces a notification on iPhone 12 models with non-genuine cameras. Both software updates also add support for a new...
Read Full Article • 56 comments

Tuesday January 26, 2021 6:14 am PST by Joe Rossignol
Apple today announced that it will be celebrating Black History Month with curated content that highlights and amplifies Black creators, artists, developers, and businesses across the App Store, Apple Music, the Apple TV app, Apple Books, Apple Podcasts, and more. The content will be featured throughout the month of February. Black Unity Sport Band has "Truth. Power. Solidarity." ...
Read Full Article • 132 comments