Late yesterday, a report broke on Japanese site Kodwarisan claiming that Apple will be holding its annual fall media event on September 7th. Apple for the first time is expected to introduce new iPhone hardware at the event.

But sources have now flatly denied to the well-connected Jim Dalrymple of The Loop that any such media event will take place on that date.

Reports began to surface yesterday that Apple would hold a special event on September 7 to launch the new iPhone, but that’s not happening.

According to my sources, Apple will not have an event or launch the next iPhone on September 7. It’s hard to say how that specific date was chosen by the sites that started the rumor, other than it fits into the timeline of previous Apple events.

Dalrymple is known to have solid sources at Apple, and has occasionally appeared to be an unofficial outlet for the debunking of rumor claims. 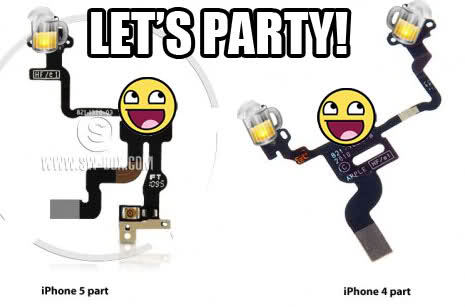 For ever rumor, there is an equal and opposite rumor.
Score: 22 Votes (Like | Disagree)

saving107
I love MacRumors and I get that Rumors is in the name, but these constant contradicting stories that are being posted within hours of each other are starting to wear thin.

Alvi
I already have a headache, I really want the new iPhone but I have to stop checking my MacRumors feed 10 times a day.
Score: 5 Votes (Like | Disagree)

Thursday April 15, 2021 1:30 am PDT by Sami Fathi
Bloomberg's highly-respected Mark Gurman says that he expects nothing "particularly innovative" or "extraordinary" to launch at Apple's "Spring Loaded" event next week, Tuesday, April 20. Gurman made the remarks during an interview for Bloomberg Technology, in which he reaffirmed that Apple will launch a new 11-inch and 12.9-inch iPad Pro, with the higher-end model featuring a brand new...
Read Full Article • 191 comments