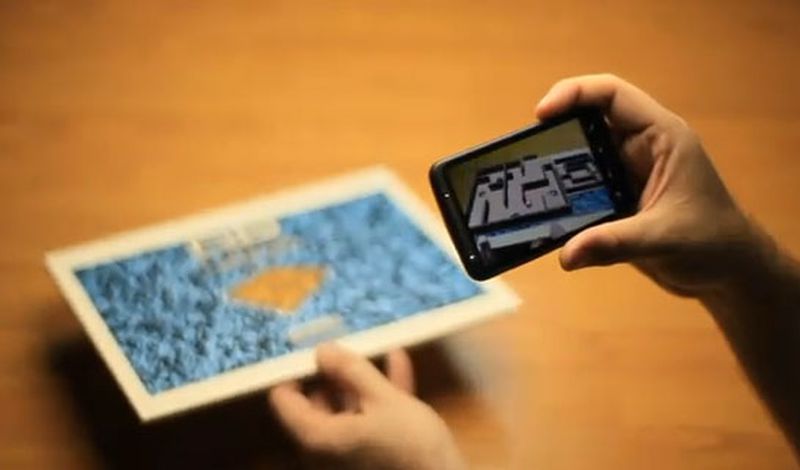 TechCrunch noted that Qualcomm had recently released their Augmented Reality Software Development Kit (SDK) for iOS. The SDK had originally been available for Android but Qualcomm had promised its release in July for iOS. The SDK should make it easier for developers to integrate virtual content with real content such as images captured by cameras found on many portable devices.

Augmented reality applications are nothing new for iOS, with Apple having introduced support for the technology in iPhone OS 3.1 nearly two years ago and a number of applications such as Layar Reality Browser and Word Lens having embraced it, but Qualcomm's tools will make for easier cross-platform adoption that could increase developer interest.


Qualcomm had held an Augmented Reality Application Developer Challenge last year to promote the use of their SDK. The video above shows the winners from that contest. The first version of the iOS SDK is said to support iPhone 4, iPad 2, and 4th Generation iPod Touch.

And in 30 years, I'll be able to wear my augmented glasses, look at a person, and get all of their information. It's begun people, it's begun!!

It's cool, but why do we need the mat? I mean, couldn't these apps conceivably be done only using the SDK now provided, using only the phone as hardware? What does the map provide to the game that can't be done without it?

I kind of understand what you're saying. I kind of don't. Could someone please explain this?


The matt provides an image to track that the app has exact knowledge of. A surface Of a particular size and shape it can map the game to. That's the augmented part. Without the matt, what would it lock onto to put the image? Your desk? Perhaps, but it wouldn't know what is desk, what is paper, and what is a book. Yes, it could just use the gyro and accelerometer and map it to thin air, but the objects would just be floating there, a set distance away.
Rating: 3 Votes

coder12
And in 30 years, I'll be able to wear my augmented glasses, look at a person, and get all of their information. It's begun people, it's begun!!
Rating: 3 Votes

Navdakilla
Totally cool, how awesome would getting app store games like those be
Rating: 3 Votes

Thats some pretty awesome technology, however I can't see people carrying those mats around (if those are needed to play the game) and doing this in the car or a movie theater waiting for the movie to start. However, this does have potential
Rating: 2 Votes

Andeavor
It's pretty clear that augmented reality is the future of advertising and interactive games and puzzles on the go. I can't wait to point my phone at a picture or a scenery and have it come to life. :)
Rating: 2 Votes